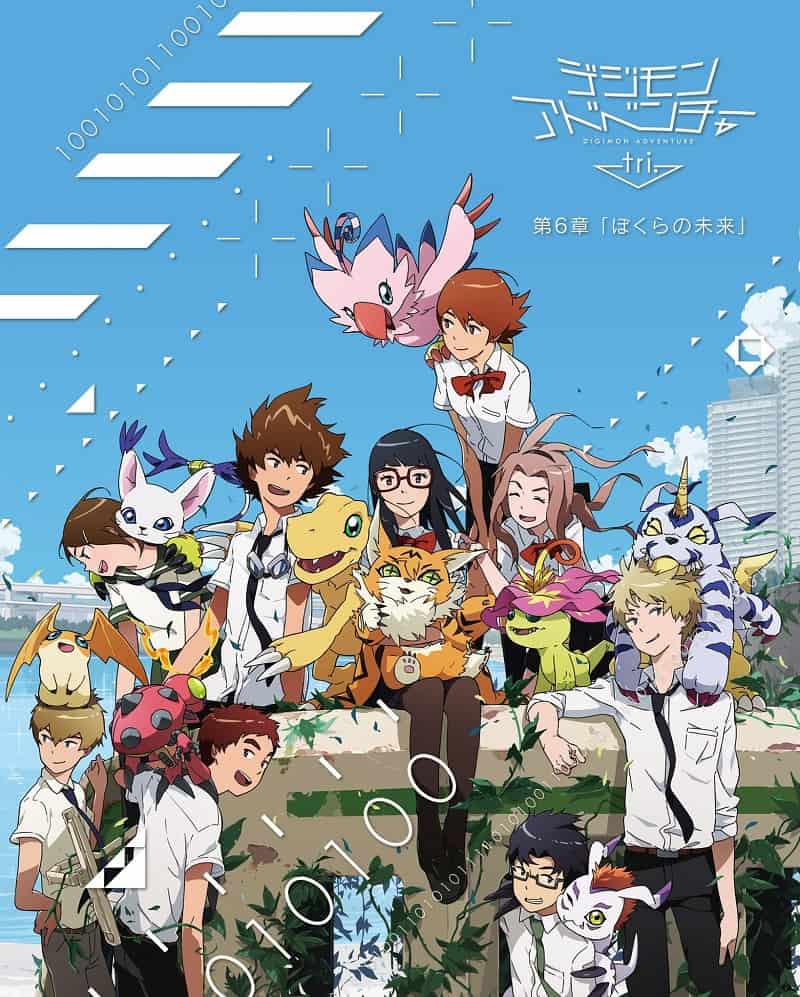 Digimon Adventure Tri filler list is full of adventure, fantasy, and sci-fi elements. This is another series in the line of Digimon adventure.

It’s been six years since the first time that Taichi “Tai” Kamiya and his friends crossed into the Digital World.

Taichi Yagami is a student in the second year who goes to Tsukishima General High school. He belongs to a soccer team, and every day he plays intensely.

Sora Takenouchi is also in the same class. During his adventure into the digital world six years ago, he acted as the DigiDestined king.

Since elementary school, his deep sense of justice, and his honest and sincere side have not changed. But lately, he has also been thinking about where he is going in life.

Taichi’s partner, Agumon, is a Digimon reptile. He generally has a carefree nature, but he can stand up to rivals regardless of the danger when the time comes. Baby Flame is his special weapon.

They collaborated with Digimon, but there’s a new danger of infected Digimon that’s raining chaos in the region.

The DigiDestined have all grown older in the three years after the defeat of MaloMyotismon. They remain friends but they find it hard to stay as a whole group.

Now in his second year of high school, Taichi “Tai” Kamiya feels this disconnect deeply. In the form of Mutated Digimon, a new threat arrives that has the potential to ramp up on Earth. It leaves behind vast swathes of devastation. It causes public opinion to turn against Digimons. With time, Tai struggles with the changing things, and his awareness increases.