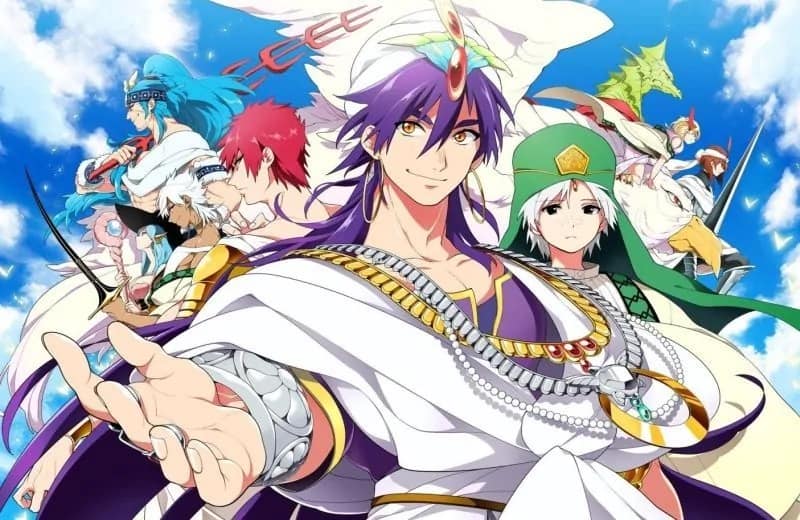 Magi: Adventure Sinbad anime filler has no recorded filler. It is an adventure and fantasy anime series.

Magi: Adventure of Sinbad is a Japanese manga series. Shinobu Ohtaka wrote it and Yoshifumi Ohtera illustrated it.

Magi: Adventure Sinbad follows the roots of Sinbad. He became the King of Sindria years ago. Originally he lived with his father Badr.

Badr was a war veteran. His mom Esra lived in the Parthevia Kingdom. Sinbad loses his father because of the war against the Rem kingdom.

He spends his youth supporting the local people and caring for his sick mother. One day he encounters mysterious Yunan. He is unaware that he is a Magi.

His mother demands something after learning about his desire to change the world for the better.

Yunan agrees to lead Sinbad and informs him to challenge the “Baal” dungeon that existed on the frontier between Partevia and Reim.

His wealth is still unclaimed even after it had been challenged by millions of fighters from both empires. None of the fighters could reach the next level, except Sinbad himself and Parthenia.

Sinbad overcomes Baal after defeating Drakon in war and wins the loyalty of the Djinn residing there. Thereby he becomes the first-ever Dungeon Capturer.

In time for one last meeting with his mom on her deathbed, Sinbad comes home and leaves Parthevia to start his own mission to change the world.