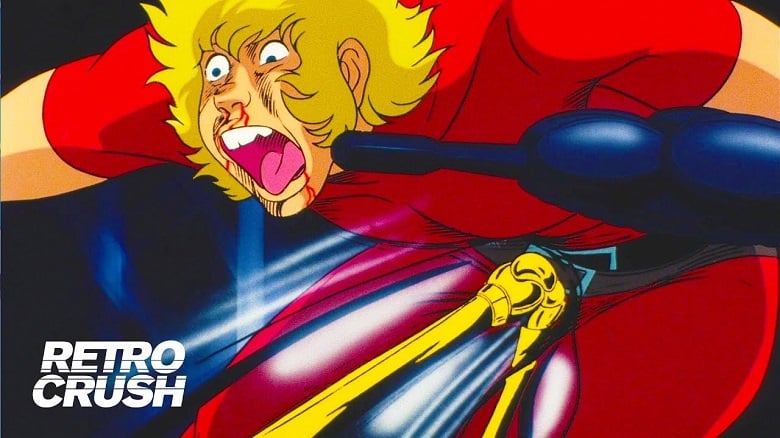 This series is based on the same-name manga series. Buichi Terasawa is the writer of Space Cobra. Osamu Dezaki directed the series.

The series is also developed by TMS Entertainment. The story is about a Cobra. There’s a space pirate living an exciting life with his gynoid partner Armaroid Woman.

The series was broadcasted on Fuji Tv. It’s an anime series based on action, adventure, sci-fi, and space.

An office worker named Johnson lives a boring and unpleasant life in the far future. His automated servant is Ben. He suggested him to go to the Trip Movie Corporation one Sunday morning.

It’s a business that allows its customers to feel a dream as though it were a reality. Johnson asks himself to be a harem leader and also to rule a Battlestar.

Instead, Johnson becomes “Cobra” in his imagination. He becomes an explorer who travels space with his android partner, Lady Armaroid.

The Psychogun is a cybernetic arm-laser rifle. It is wielded by Cobra to battle monsters and the Pirate Gang. It’s a pirate organized crime syndicate.

Cobra helps its leader, Captain Vaiken. Cobra helps him to flee after a battle with the Guild. Vaiken delivers the image of Cobra to other pirates.

It makes him a dangerous criminal. Johnson explains the dream to an attendant after the dream ends.

The attendant is shocked as Johnson’s desire does not have any connection to pirates or Cobra. Johnson crashes into a speeding car on his way back home.

His driver seems like Captain Vaiken. The driver introduces himself as Vaiken when Johnson discusses the similarity. If he ever does not respond, he asks Johnson about “Cobra”.

He tries to kill Johnson. Unknowingly, Johnson raises his hands. A ray shoots out of his side, destroying Vaiken.

Johnson’s arm bursts with the shot. It exposes the Psychogun hidden inside it. Johnson runs home. His home is where the pistol on his arm is found by Ben.

Then Johnson discovers that he doesn’t recall anything from the past three years. He sees a knob after looking in the mirror. He twists it to show a hidden room.

He notices the gun there that he used in his dream. At that time, armed attackers broke into the house and called him “Cobra”.

A war ensues and the robotic shell of Ben breaks to expose Lady Armaroid. This happens with whom the intruders are killed by Johnson.

As Cobra, Johnson begins to recall his past life. Cobra changed his face surgically and had his memories erased. He was chased for interfering in their criminal activities by the Pirate Guild.

He was tired of life on the run. Lady Armaroid informs Cobra that his subconscious has been activated. It has been activated by the Trip Movie. This is to restore access to the memories of his past life. Cobra and Lady Armadroid, together, continue their exciting life.