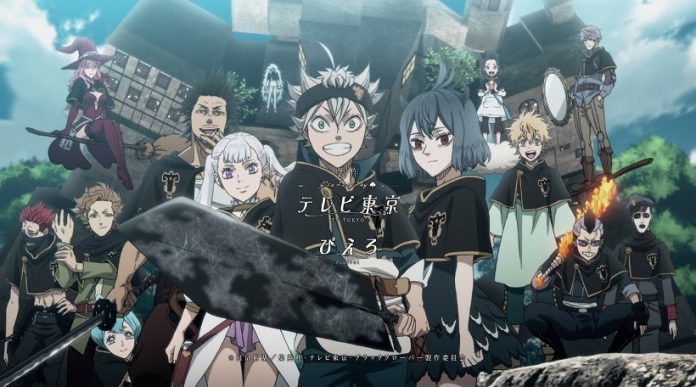 The ancient race of magical beings dwelling in the underworld is the Devils. They have access to frightening forms of magic. These magical forms are Anti Magic and Kotodama Magic.

The Devils introduced in the series are Zagred, Megicula, Zenon’s Devil, Anti Magic Devil, and Lucifero. But let’s see who is the Strongest Devil In Black Clover?

The Anti-Magic Devil is the one who lives in Asta’s five-leaf grimoire. Lucifero says, that he is a second-class devil with stopgap power.

Liebe entered the elf’s five-leaf clover sometime after the death of Licht. This clover after sometime appeared before Asta. There is no information on the source from where this anti-magic is generated but he has been able to neutralize all other magic.

Moreover, he has the ability to even share this magic and has shared it with Asta. While using this magic Asta looks like a half-demon.

Zenon is the member of the Dark Triad and the host to the top-ranking Devil. This position gives him extreme power and the ability to use 80% of the power of his Devil. The trick is the more power drawn the more devilish appearance.

Zenon was able to easily defeat Yuno at 55% of his Devil’s power. Yuno is the Four-leaf-clover, vice-captain of Golden Dawn.

The Devil that gives him power and identity is unknown but from the power seen in Zenon, it is assumed that Zagred is the Devil.

Megicula is a high-ranking devil who works for Vanica. Vanica is the member of the Spade Kingdom’s Dark Triad.

Megicula uses the Curse magic and is the one who cursed Acier Silva, Lolopechka of the Heart Kingdom.

He is an inquisitive person who likes doing various experiments with magic.

This trait of his nature makes him an extremely uncertain and volatile individual. His experiments are conducted on humans using his Curse-Warding Magic. This magic is also used to create powerful curses.

The user of World Magic or Kotodama maho and the first official Devil in the series is Zagred. He is a top-rank devil and the principal antagonist of the Elf Resurrection arc.

Zagred is a merciless and wicked devil who is shown as an intensely sadistic person.

He feels joy when others are in pain. His actions are a result of his embedded desire to find a body to manifest and unleash havoc in the world.

Through his Kotodama Magic, he manipulates his surroundings by speech and manifests objects whether physical or magical.

The strongest, most ferocious, and cold-blooded demon in Black Clover is Lucifero.

This brutal devil possesses Dante – the King of the Spade Kingdom and he also a member of the Dark Triad.

His magic is something that has never been seen before and is yet to be known. This magic gives him the power to heal a fatal wound in seconds.

Lucifero has four wings and horns instead of two, this trait differentiates him from all the other characters shown in the series.

There is no more information needed about him except the fact he is the strongest and most high-ranked demon of all.