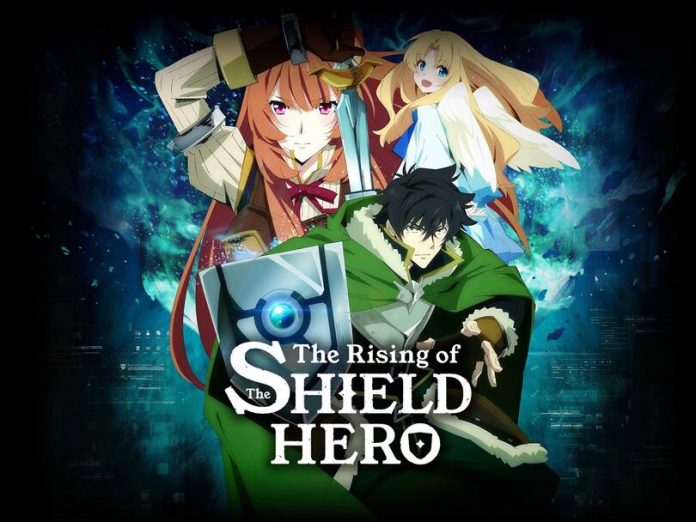 With a huge fanbase, ‘The Rising of the Shield Hero’ is one of the most renowned Isekai series. The series has an action-packed story with four cardinal heroes, demons, and monsters from other worlds giving the show the thrilling and invigorating touch.

Though the protagonist Naofumi begins on an awful note, his journey throughout the story transforms him into a great hero.

Every hero has powers and weapons the use in their adventures to become more strong before the Wave comes. With the tools like magic, skills, and great weapons who are the 10 most powerful characters of all? Read the list below to know further!

*Note- Characters are taken only from the first season but ranked on the basis of the latest web novel.

L’arc’s companion in travels is Therese. She is a Jewel who gains energy from different gems she possesses and uses them to cast spells. In the physical abilities prospect, she is powerful enough to carry an adult man all by herself.

The magic spells she can cast are Ball of Flame (causes damage to the enemies and protects allies) Blood Sacrifice curse.

The Vassal Wielder from another world- Glass. The Seven Star Heroes and her powers are similar. Her power source is Soul Powers because of her race so the more she has a soul the more her powers.

The Soul Power is the catalyst of her attack and defense abilities and she unleashes them with a fan.

L’Arc Berg Sickle, wielder of the Vassal Scythe of the world further on the Wave and the Scythe Hero. He can use his weapon to transform energy and slice the opponent in two clean pieces.

His abilities like Sky Blade, Full Moon Army, and many more are life-threatening for the enemies. Possessing years of battle experience gives him the power to fight against  Naofumi’s team in the beginning.

The Sword Hero, Ren is one of the Four Legendary Heroes and owns the special sword. He is one of the most powerful characters in the series because of the various sword abilities he unlocked along with the curse form.

He also possesses abilities like Dragon Slaying, Spirit Turtle Katana, Comrade sword, etc., and is a master in water and support magic.

In the curse form, his abilities called the Guillotine can be used to bind and impale the enemy’s body.

Raphtalia is the first accomplice of the Shield Hero and the heroine of the series. She is the user of a sword and illusion magic and surely dies justice to her nickname as Naofumi’s sword. Not only this she has the ability to use various types of magic.

Once she secured the Vassal Katana from another world, she transformed into a Katana Hero.

After this, she can suck the opponent’s magic and attack at their pain points. Cutting through magic and unleashing energy is also something interesting she does.

The protagonist of the series and the one who was called to another world to work as the Shield Hero. Naofumi as a character has evolved throughout the show because of two reasons.

One because of his legendary shield and the second because of the incidents that happened to him in the initial stages of the show. Once he realizes the true powers of his shield he learns various different ways to use the power.

His shield can be used for both attack and defense by imprisoning, shooting blades, and sealing. He possesses different abilities like Iron Maiden ( traps an enemy and spikes are thrown at them) Blood Sacrifice (traps the target from underneath and mashes them to death) and many more.

One of the Four Legendary Heroes and the Bow Hero- Itsuki, who was also summoned to another world. On various occasions, he combines his super powers and his legendary bow to create a deadly attack with precise accuracy from a distance.

He possesses abilities like the Justice Bow, Binds arrow, and an explosive shooting star bow. He trained with Rishia and mastered his weakness of close combat and wielding guns.

Filo is a Filolial who was bought by Naofumi and eventually both became extremely attached. Later in the series, she becomes the Filolial Queen and equipped herself with extreme powers. Her attacks can be dangerous and fatal.

She can also amplify her powers with magic and this can be some serious trouble for the enemies. Along with these powers, she is innately a master of battles and is a quick learner.

Similar to Naofumi, Motoyasu was also summoned to another world to serve as the Spear Hero. Even though his defense capabilities are not so great, his spear has reached its maximum potential and has excellent combat power.

When in curse mode, the spear increases feelings of lust, which often results in the enemy being attracted to the user and also feelings of jealousy.

The Strongest character of the series ‘The Rising of the Shield Hero’ is Fitoria, the Queen of the Filolials. She possesses the ability to cast intensely powerful spells in the blink of an eye and on general terms as well her powers exceed way beyond any other character’s power.

Transformation into a human or a normal Filolial or different stages of the Filolial queen growth is a left-hand job for her. With abilities like Liberation Wind Prison (a cage of wind blades around the enemy), Haikuikku,, and the counter to Zweite Tornado.

She is immensely more powerful than another world heroes as well.