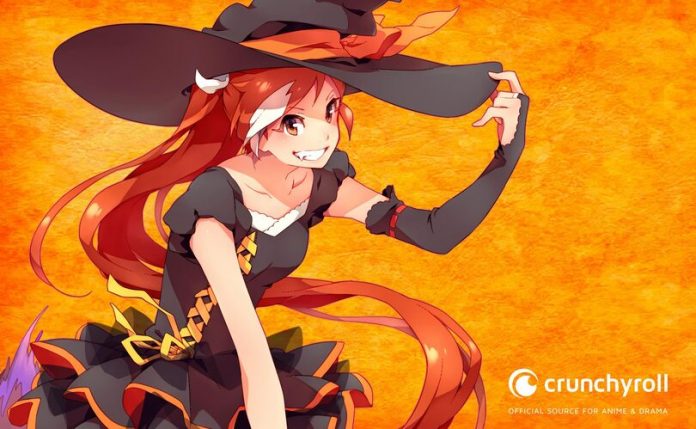 Everyone likes a full-action packed, fast-paced, and strong character saturated anime series but it is not every day you want to watch something like this. Sometimes you want an easy-going, lovely, and cute anime series.

These are the moments the Slice of Life genre of anime comes in handy.

This list discusses the 10 Cutest and most Adorable Slice of Life anime available on Crunchyroll that you should stream today!

Non-Non Biyori is a series that highlights the fact that even the simplest things in life can bring us immense pleasure and joy. The protagonist Hotaru Ichijou is a Tokyo resident who has just shifted to the typical countryside of Asahigaoka.

One day he encountered Renge Miyauchi, Koshigaya siblings, Komari, and Natsumi who were students from the only school in that countryside. All these students were young, age ranging from first-grader to a ninth-grader.

Thus begins Hotaru’s life in this new environment but a different life.

The name itself of the series reflects delight and joy and so is the whole vibe of the series. Bunny Drop is a merry representation of a father’s sensitive nature through the character of a bachelor taking care of a little girl.

The bachelor in the series is named Daichi Kawachi who while visiting the funeral of his demised grandfather, he encounters a girl named Hina.

He is shocked when he gets to know from the mother of Hina, that she is the illegitimate daughter of his grandfather and he used to look after her before he died.

After being displeased by seeing his family’s shame towards the innocent 6-year-old Hina, Daichi firmly decides to take the responsibility of her. But this was not an easy task and he realizes this pretty soon.

There are many things to learn because as a bachelor he didn’t have any previous knowledge about parenting. From then on, begins the journey of  Daichi exploring and adjusting to the new aspects of life with Hina.

For some of us adventure is everything. Laid-Back Camp is a series showing cute girls enjoying life in its true essence that is camping.

Rin Shima is a girl who is passionate about camping at Mt. Fuji’s base to the level that she can leave her family and spend her whole time in the camp. She is also someone who likes to do her work on her own like making the tent, gathering wood for the fire at night etc.

Although, she never even imagined that she would one day meet someone like Nadeshiko Kagamihara. Nadeshiko is a girl who has nowhere to go except staying with Rin in the camp, as she missed her destination.

Both these girls camp together and can never forget the moments they shared.

Often we forget how tasty and valuable is homemade food. Sweetness & Lightning is a reminder of the fact that homemade food is the best thing in this whole world.

The main character Kouhei Inuzuka is the single parent of his young daughter named Tsumugi, this is after the untimely death of his wife. But as he is a school teacher and is mostly busy with work, he depends on ready-made meals for his daughter.

One day in the though of providing her daughter with a freshly cooked meal, Kouhei accepts an offers given to him from his student Kotori Iida to have dinner at her family restaurant.

But as most of the time her mother is also busy at the end of the day she eats alone. Kouhei accepts the offer after Kotori’s constant pleading and begging.

Poco’s Udon World shows Souta living his childhood all over again through Poco’s daily adventures. Souta Tawara is a web designer who has an intense hectic schedule and to take a break visits his family’s Udon restaurant. Once he arrives there, a ton of his childhood memories surround him.

While reminiscing those memories he enters the restaurant and sees a young boy sleeping. Without any second thought, he gives that young boy some food suddenly a pair of ears and tail grow out of the boy.

He then realizes that the boy is the rumored shapeshifting Tanuki, Souta takes the boy in and names him Poco.

My Love Story is the candy you have waited your whole life for. The protagonist Takeo Gouda rescues Rinko Yamato in a train from a groper and somehow falls instantly in love with her, like love at first sight.

But further in the story he starts thinking that she might have her own interest in his best friend Sunakawa. So decides to be the middleman in their love story while his love is still brooding.

My Roommate is a Cat is a series from a cat’s POV. Subaru Mikazuki is the protagonist of the series who is a shy individual and closes himself furthermore after the death of his parents in a car accident.

He is also the author of a mystery novel who would rather enjoy his own company than any others.

One day when he was at his parents grave to pay his offerings he comes across a cat and immediately is struck by an idea for his next novel. He takes the cat with him and names it Haru.

From then on begins Subaru’s novel whilst he takes care of someone besides him.

Miss Kobayashi’s Dragon Maid is the unconventional way of showing cuteness in a gallery of portraits. The protagonist is Kobayashi , who one day is frightened to her core when she sees a dragon head on her way to work.

The dragon head continuously stares towards her and then the very next second the head transforms into a young girl who is dressed as a maid.

The girl’s name is Tooru, the girl reminds Kobayashi of the offer she kept before Tooru to stay at her place when she was drunk the last night.

Of course Kobayashi regrets her decision but sympathizes to Tooru’s request to be her personal maid in order to repay the kind gesture of offering shelter.

Though Tooru is an efficient and obedient maid but her being in the house creates some crazy problems for Kobayashi.

School Babysitters is the one-stop-shop for all those people who absolutely love and adore cute babies. After the unfortunate death of his parents in a plane crash, Ryuuichi Kashima the protagonist is left to take care of his little baby brother Kotarou.

This being an immensely weak and emotion time for him, he is not able to concentrate his frustration on Kotarou because he is still just a baby.

Following the funeral of their parent’s, both Kashima and Kotarou were invited to be a part of academy whose principal wanted to take both of them in. The admission is based on the condition that Kashima has to babysit the newborn babies of the female teachers in a special babysitting club.

1. A Place Further Than the Universe

You should always remember that listening to you r heart can be risky but once you do you will never regret it. A Place Further Than the Universe is created on the same theme with the protagonist Mari Tamaki.

She is a high school student who has always been lived a free life and aspired to reach beyond the universe. However, she fears the unknown and has anxiety issues holding her back every time she desires to move ahead.

Miraculously, she meets Shirase Kobuchizawa whose enthusiasm towards life is at its max. After the death of her mother in a trip to Antarctica she was always mocked for her dream to travel the world. But when she meets Mari, she feels confident to sail towards the chilling south.