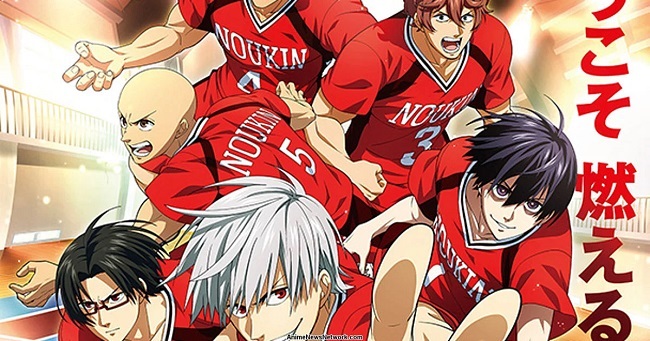 Anime’s newest entry into the sports genre is Burning Kabaddi. Kabaddi, a famous Indian sport of wrestling, is the basis for the show. The story follows Tatsuya Yoigoshi, a first-year high school student who is a former ace soccer player who isn’t interested in sports.

Running may not seem like an explosive sport, but this anime certainly portrays it as such. This anime/manga is listed as number 10 in the list of anime/manga similar to Burning Kabaddi. It has a chill pace and is enjoyable to watch.

Kakeru, an elite runner in high school, has been accused of stealing food. The runner Haiji from Kansei University saves him.

Kakeru is persuaded by Haiji to live in the old Chikuseisou apartment so he can participate in the Hakone Ekiden Marathon, a race at the top of Japan’s list of university races.

Upon discovering that he and Haiji are the only two residents, Kakeru realizes that all the other residents are complete rookies.

Ippo Makunouchi is a shy, reserved, and reserved 17-year-old boy who works with his mom in a family-owned fishing boat company, “makunouchi fishing shop” engage in sports, and engage in social interaction.

As Masahiko Umezawa’s group is beating him on the way home, a famous boxer named Mamoru Takamura rescues him from the bullies by taking him to a gym where he trains while he regains consciousness.

In response, he hits a bag of sand to cheer him up a bit. Ippo recognizes that he has talent, so he lends him some videos of Mike Tyson’s best knockouts.

The videos Ippo watches inspire him to become a professional boxer like Takamura and wants to achieve a resurgence like Tyson did, and becomes curious about “what it feels to be strong”.

As a result of a completely missed pitch, Eijun Sawamura misses the last game of his high school baseball career. With this loss, Eijun vows they will qualify for the national tournament once they are in high school.

After spotting his potential in an unusual pitching style, a scout unexpectedly invites him to Tokyo’s most prestigious high school, Seidou High School. The teammates encourage Eijun to accept the offer and improve his skills. He is now ready to play in a more competitive baseball league.

In spite of this, Eijun struggles to find his role within the team due to the presence of skilled players around him.

One day, he says, he will be the ace of the team, but not before his first-year teammate Satoru Furuya wins the title, with his fast fastballs earning him a coveted spot in the starting lineup.

Seidou’s baseball team will aim to be the best in Japan by adding these talented new players to a lineup that is already impressive, while facing formidable opponents this season.

However, the group has been disbanded due to financial concerns. His plan is to get four more people to join the club in order to reestablish it.

From the time Onoda was a young child, he rode the mamachari (“Mami Bike” in the anime)- a bulky, heavy bicycle that he primarily uses to walk, pick up groceries, and travel to Akihabara (which is 45 kilometers from home, completing 90 kilometers on each visit) to check or buy otaku things.

One of Onoda’s first-year classmates, Shunsuke Imaizumi, sees him climbing a steep road with his mamachari.

Naruko visits Akihabara to buy some Gundam plastic models for his younger siblings, and runs into Onoda, whose mamachari feats catch Naruko’s awe, and they later discover they both attend the same school. Onoda is subsequently convinced to join the cycling club by Naruko.

With his mother’s encouragement, Tsubasa moves to Nankatsu city, a city known for its exceptional elementary school soccer teams, so he may pursue his dream.

Nankatsu has much more competition now, even though he was easily the best in his old city, and he will have to stand out from the crowd by using all of his skills and talents.

He makes friends with fellow passion-sharers like the cute little girl Sanae Nakazawa and the talented goalkeeper Genzo Wakabayashi, who will prove to be a valuable ally as he moves forward.

Tsubasa’s only dream is to represent his country at the FIFA World Cup, but achieving that goal will require more than talent.

Ren Mihashi was the most talented pitcher on his high school team, but his poor pitching prevented them from winning. After losing so many times, Mihashi became intimidated by his teammates, and they stopped trying to win, creating a low self-esteem issue when he graduated.

As a result, Mihashi moves to a different prefecture to pursue high school without playing baseball. He joins the new team as a starting pitcher just a few days after arriving at Nishiura High.

In spite of his initial reluctance, Mihashi learns that he is in a place where he will be accepted for the man he is; and he becomes more confident in himself thanks to Takaya Abe. In attempting to develop Mihashi into a pitcher worthy of being called an ace, Abe aims to help him.

After causing trouble at the Tokyo high school volleyball club, Kimichika Haijima moves back to his hometown, Fukui. As he reunites with Yuni Kuroba, he discovers the former’s physical abilities are exceptional, but he is vulnerable to being under pressure. Haijima, with his passion for volleyball, makes a perfect partner for Kuroba.

As members of the volleyball club, they enroll at Seiin High School. They are met by 163cm tall captain Shinichirou Oda, 163cm tall vice-captain Misao Aoki and his partner, and 163cm tall Akito Kanno, who wears long sleeves because of an allergy to sunlight.

The new team breaks out of its old weaknesses and rises to become Fukui’s rising star. There are several fascinating rivals standing between a certain team and victory.

The Teiko High School basketball team. “The Generation of Miracles” was a group of five players who had three perfect seasons in a row.

A sixth player was also viewed highly by everyone. One who is remembered for a lifetime. Just back from America, Taiga Kagami has become one of Japan’s most promising players. Tetsuya Kuroko, a boy with extraordinary abilities, greets him at Seirin High School.

In fact, Kagami is astonished to learn that Kuroko is bad at basketball. Moreover, his simplicity renders him impossible to see.

But Kuroko’s simplicity makes it possible for him to pass the ball without the other team noticing he is indeed a member of the Miraculous Generation.

In a pact with Kagami, Kuroko plans to defeat the other Miracle Generation students. The light (Kagami) and the shadow (Kuroko) go to war!

The story centers on four friends who are fond of swimming; Haruka “Haru” Nanase, Makoto Tachibana, Nagisa Hazuki, and Rin Matsuoka. In the years following graduation from elementary school, Rin moved to Australia to attend a swimming academy.

He hopes to become an Olympic swimmer one day. In the five years since their separation, Haruka has stopped swimming and does not want to join any swimming clubs, despite being insisted upon by Nagisa and Makoto.

Additionally, Rin returned from Australia with an aggressive attitude and an unwillingness to resume friendship with his former friends.

In contrast, the creation of the swimming club at Iwatobi High School will bring about a series of changes for Haruka, including reflections on friendship, the days gone by, and, above all, his feelings towards Rin.

Despite the passing of time and the hurts of the past, Haruka will discover the joy of belonging to a team, the spirit of competition, and the unconditional nature of friendship with her friends.

In my opinion, Haikyuu shares similarities with Burning Kabaddi in many areas, including the heavy focus on sport, character development, and character interaction.

Shōyō Hinata, an elementary school student, is watching a television game of volleyball, in which he witnesses the famous “Little Giant”. Since then, he has been trying to be as short as him and enjoys the sport, so he aspires to become someone like him.

It turns out that Shōyō is the only member of the volleyball club he sets up at his school.

Although he faces some challenges, he continues to train as hard as he can on his own. The club grows to have five members, who participate in his first tournament with him. Moreover, the story continues to show how he becomes a new member of an awesome volleyball team at his new school.

This was a list of the best anime/manga like Burning Kabaddi (Shakunetsu Kabaddi). Have you watched any of these sports anime? How similar is Burning Kabaddi to each of these games? Please let us know what you think.