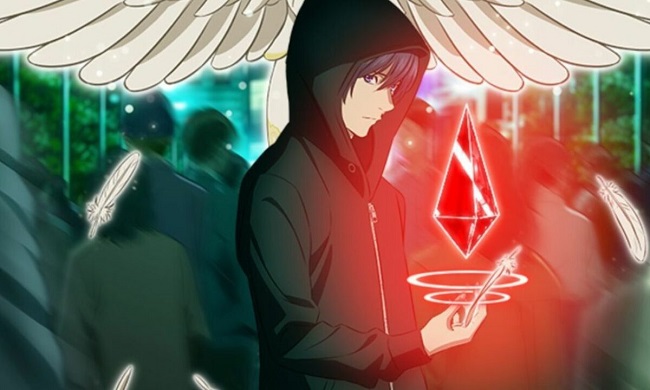 Among the most anticipated anime adaptations is Platinum End. Death Note’s legendary author is the same behind Platinum End. Given this, we should expect a lot of hype surrounding it. Still, you can’t wait until fall to watch it. It depends on whether manga is your thing or if you want some anime that are more like Platinum End, so here are a few you might want to add to your watchlist.

Action Anime “The God of High School” is about the search for the greatest fighter among Korean high school students. A prize for winning is determined by the winner, anything they wish for. Among the participants is Jin Mo-Ri, a Taekwondo expert.

A martial arts expert named Han Dae-Wi and a swordswoman named Yu Mi-Ra meets him there. He knows that these will be the most brutal matches he has ever faced. He is not worried, rather he is thrilled about them. It’s a 12-episode anime based on the manhwa ‘The God of High School’.

This anime is based on the Battle Royale theme, like Platinum End, and lasts for 12 episodes. Myoujou Academy has just accepted Tokaku Azuma, a promising student who was offered a prestigious boarding school for women. However, there is a problem: she is an assassin who is involved in a challenge to kill their sweet-natured classmate Haru Ichinose.

But Tokaku chose another route. Despite her target being Haru, the teenager Assassin becomes smitten with the very girl she’s supposed to kill. As Tokaku vows to protect Haru from a growing bloodlust, she refuses to let her die. In addition to being a great Yuri anime, Akume no Riddle is also one of the best.

The story of the omnipotent Holy Grail is an action-packed supernatural anime about the conflict that triggered three wars in the past. There can be no win with such heartbreak and brutality. Although wealthy Einzbern believe that the fourth Holy Grail War will be different because of their new Holy Grail vessel, they are nevertheless confident. A light novel by Gen Urobuchi, set 10 years before Fate/stay night, tells the story of the fourth Holy Grail war. Witness epic battle royale where it’s impossible to know who will survive.

Another is a quite popular horror thriller anime in the community. I decided not to dwell on the similarities between the two anime, since explaining it would be a spoiler. Another is a horror anime about a student transferred to Yomiyama North class 3-3, named Kouichi Sakakibara. A strange gloomy atmosphere greeted him immediately upon entering the class. Mei is a girl he is oddly drawn to, but her classmates don’t seem to acknowledge her existence.

Both Darwin’s Game and Platinum End have protagonists given supernatural powers and then forced to fight to avert death. A high school student named Kaname Sudou decides to download Darwin’s Game on his friend’s recommendations, but the moment he opens the application he is bitten by a snake. After waking up, he finds himself fine and boards the train home. Reopening the application, he begins to match with people. In contrast, to his surprise, his first opponent was armed with a knife when he first opened it.

Deadman Wonderland also centers on a brutal Battle Royale between a protagonist and his opponents. It follows Igarashi, a middle school student, who is purportedly accused of murdering his classmates in a 12-episode horror anime. As a result, he was sentenced to death and sent to Deadman Wonderland. His life is slowly eroding as he is trapped inside a world of sadistic inmates and the caller, which can only be relieved by winning Deathly games. To clear his name, Ganta put his life on the line by seeking out the mysterious “Red Man”.

The anime has a very strong battle-royale theme to it which makes it amazing. The 13 episodes of High-Rise Invasion mean that you don’t have to commit to something long-term. The story of High-Rise Invasion involves Yuri Honjou, a 16-year-old abandoned in a city filled with tall buildings. The rooftops of every building are connected to, and masked assailants are everywhere stirring up people to commit suicide. It is Yuri’s determination to find her brother and escape the world she inhabits.

Despite not having an eerie theme like Battle Royale, The Promised Neverland has some powerful scenes that satisfy the darkest of thriller needs. Because of its trashy second season, it already had quite a following. However, the first season and manga are in a league of their own. The Promised Neverland is a thriller with some Supernatural adventure elements that revolves around an orphanage named Grace Field that has it all- healthy food, housing, and a caring Mama. Nevertheless, they are confronted by the orphanage’s darkest secret when the three eldest children begin to doubt their parents’ love. In an effort to save their mother from the orphanage, they devise a plan to escape together.

Mirai Nikki is Platinum End’s cousin sister. Interestingly, they both had the same plot and theme about becoming the next “God”. As part of the Mirai Nikki anime series, Yukiteru Amano, a lonely high school student, is given a diary which contains highly descriptive future predictions, forcing him to fight for his life against 11 other holders of the same powerful diary. Yukitreu, who will become the new God of time in space if he is the last person standing, must outwit the other 11 diary holders.

Platinum End and Death Note have similar dark themes, about a man trying to become God. Only in Death Note are Shinigami and there is an angel in Platinum End. The two are written by the same author, and that has not yet been dubbed the God Father of anime. It’s a psychological thriller anime about Light Yagami, who unexpectedly stumbles upon a notebook that allegedly contains information that can’t be accessed by anyone. Light uses it to punish criminals, order society, and become a God of the New World.