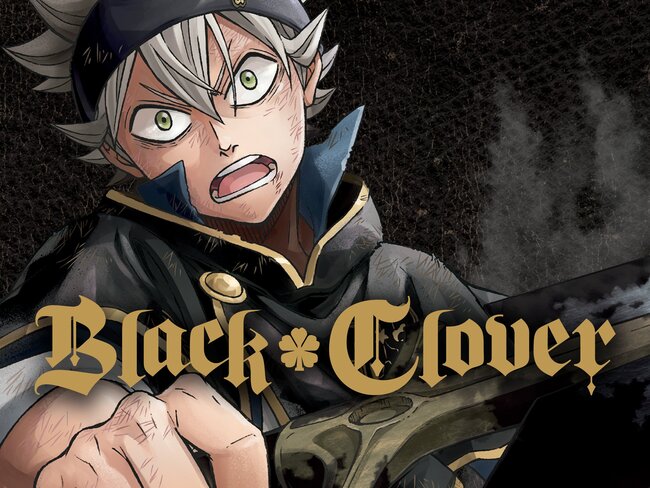 Among the best action shonen anime of our time, Black Clover certainly stands out in the field. Black Clover’s manga is an absolute masterpiece. The anime’s fan following among shonen watchers is enormous, despite a few animation blunders.

In this post, we’ve compiled the best manga and anime like Black Clover. For those who are unfamiliar with the Black Clover franchise but are already familiar with similar anime & manga, there is this list for you.

If you are unfamiliar with Black Clover, the story is set in a world where everyone is capable of using magic, and magic flows through all living things.

The world has strong magic users, and there are four major kingdoms. Asta does not possess a single drop of magic, but his childhood friend Yuno is born with a strong magic gift. Yuno gains very powerful magic, while Asta gains a sword that has anti-magic abilities.

Known as the strongest mage in the Kingdom, this is the story of two boys abandoned outside of a church who become Wizard Kings.

The Shinigamis were tasked with raising “Death Scythes” to fight against the evils in the fantasy world. However, these scythes of death are not made from physical weapons but are birthed from hybrid humans who have the ability to transform their bodies into Demonic Weapons, and only after consuming 99 evil beings and the soul of a witch.

Soul Eater Evans, a Demon Scythe who seems indifferent to just becoming a Death Scythe, aspires to become one through the care of his skilled wielder, Maka Albarn.

Shinigami’s son Death the Kid, who is obsessive-compulsive and possesses a pair of identical pistols Patty and Liz, also works and studies alongside Black ☆ Star and his affectionate weapon Tsubaki.

As these Shibusen students work together under the laughing sun to become stronger in mind, body, and spirit, Soul Eater follows them as they go on missions to accumulate souls and protect the city from the threats of the world.

In the mountains, Tanjiro Kamado lives with his family. He is kind-hearted and intelligent. Due to the death of his father, he is now the sole source of income for his family, making trips to the nearby town to sell charcoal.

When he comes home one day and finds his family dead, everything changes for him. Only Tanjiro and his sister Nezuko survived the incident, and while Nezuko was turned into a demonic being, she still displays surprising human emotions.

Tanjiro becomes a demon slayer after meeting the demon slayer Giyū Tomioka and embarks on a quest to help his sister become human again and avenge her family’s deaths.

Tōta Konoe, the granddaughter of Negi Springfield, wants to leave his village and live in Shin-Tokyo, a large city with tall towers that reach into space.

He discovers that Yukihime, who pursued Yukihime’s life, had turned him into an immortal vampire, who was actually a 700-year-old vampire wizard named Evangeline A.K. McDowell.

Kuromaru, another boy they pick up on the way, and Yukihime, the leader of the UQ Holder society located outside Shin-Tokyo, accompany them there.

The world of Pompo Hills is inhabited by a race of monsters known as Nemeses. Everything they touch has been polluted by them. A person who survives their contact becomes cursed, but also gains the magical power of Fantasy, acquiring the status of a Sorcerer.

In Radiant, the protagonist, Seth, is a 15-year-old boy who survives a terrifying attack from Nemesis. His dream is to defeat all Nemesis and bring peace between the Sorcerers and the rest of humanity.

It will take him a long time to accomplish this task unless he finds the place from which the Nemesis, the legendary Radiant, came and destroys it. Despite the Inquisition’s opposition to wizards, he and other wizards search for Radiant in the region.

6. Magi: The Labyrinth of Magic

The Labyrinth of Magic takes place in a fantasy middle-aged world where slavery is common and people are born to live and die unequally. The appearance of mysterious towers called “Dungeons” is sudden.

A commoner is capable of becoming a king if he or she can conquer a Dungeon, as powerful and wealthy as a king. Alibaba is a commoner with great desires who is the focus of the series. But before he can change the cruel world and achieve his wishes, he has to conquer a dungeon, which could cost him his life.

What are the secrets that lie behind the dungeons he sees all over the world? Can he uncover them?

There is a lot of similarity between the Magi anime and Black Clover, as the whole atmosphere around the anime and the environment of people interacting is very similar.

In Black Clover world, the world is based in Europe, and in Magi, the world is rooted in the Middle East. Both stories revolve around magic.

The anime “Boku no Hero Academia” is of the superhero genre. A peculiar ability is one that humans have acquired after many years of evolution. Such abilities are superhuman in nature.

People today have so many quirks that it is rare to find someone without quirks. In contrast, his All Might idol, Midoriya Izuku, has no quirks, making it impossible for him to become a superhero.

In the end, though, he discovers that his idol’s quirk is something he can pass on. Midoriya begins his training in order to join UA High, an academy for heroes when he finally gets a whim.

Asta and Izuku share a common story: They want to be as powerful as their idols and protect their loved ones. However, neither of them have the powers to do so; but most of the people in that setting already possess them, so you might say they are both common among people.

After Izuku and Asta have experienced near-death experiences, they acquire some extraordinary powers. Their abilities set them apart from everyone else around them. A lot of what Black Clover does is similar to what My Hero Academia does.

Demons and humans live in a strange equilibrium. In his quest to capture the human homeland, Satan breaks this balance one day. The world sees Rin Okumura as a normal teenager but he actually is the son of Satan, as he claims to be.

In the wake of Satan killing Rin’s foster father, Rin swears he will destroy Satan, no matter what. In order to do so, he enrolls in an exorcist academy. Rin works diligently with his brother Yukio in order to become an exorcist strong enough to defeat Satan once and for all.

There are demons in both Blue Exorcist and Black Clover, and our protagonists, Rin or Asta, are both fighting them. You get a sense of Black Bulls from Black Clover from the academy in the blue exorcist.

During Bleach, Ichigo Kurosaki is a high school student whose life is turned upside down when he finds out that his family has been murdered by an evil spirit, called the Hollow.

The Soul Reaper Rukia Kuchiki is seriously injured while protecting the family from him. Ichigo accepts her offer and changes into a Soul Reaper in response since she’s injured. The power to hunt down Hollows has now been granted to Ichigo. In addition to befriending people wronged by Hollows, he also learns about their powers and abilities.

Both Bleach and Black Clover have different squads within their organizations.

The captains and vice-captains in each squad are strong. Compared to the other characters in the series, both Ichigo and Asta have some main strengths. Having an oversized sword is another similarity that stands out.

Naruto Uzumaki’s birth was marked by an attack by the nine-tailed fox demon. The fourth Hokage sacrificed himself to keep the village and sealed the demon within his son as a way to protect him. Naruto becomes a shinobi and becomes Hokage of the village 13 years after graduating from the ninja academy.

He is joined by his rival Sasuke Uchiha, who is seeking vengeance for his clan after his brother Itachi killed them. In addition, Sakura Haruno is Naruto’s love interest, who loves his rival Sasuke.

After Chunnin’s exams, Itachi returns to the village, and Sasuke is unable to defeat him. To gain power, Sasuke will be enslaved by the villain Orochimaru. Even if he loses himself, Naruto must do all that he can to keep his friend from getting lost in the darkness.

When Black Clover is compared to Naruto, many fans are offended. Despite their differences, they also share many similarities. As a result of their difficult childhoods, both Naruto and Asta have a goal to prove their worth. Their dedication to work and their ability to protect their families and comrades. They have friends like Sasuke and Yuno.

A fugitive celestial mage named Lucy discovers that she is under a magical curse. She is saved from being sold on the black market by Natsu Dragneel and his partner Happy, a Dragon Slayer. As Lucy soon discovers when she joins Fairy Tail, causing massive property damage is the guild’s specialty.

In Fairy Tail, Lucy soon meets Gray and Erza, both of whom have cool personalities as well as a special hobby. Gray is an ice wizard; Erza is a wizard with Requip magic, which allows her to change armor and weapons at any time. Fairy Tail sticks together with bows of all types.

I consider Fairy Tail to be one of the most similar anime to Black Clover. The story takes place in a world filled with character interactions, fights, and organizational structure. These worlds are both filled with magic. Black Clover has its own magic knight squads instead of Fairy Tail’s magic guilds.

What do you think about anime/manga such as Black Clover? Does your opinion match ours? Share your thoughts in the comment section.