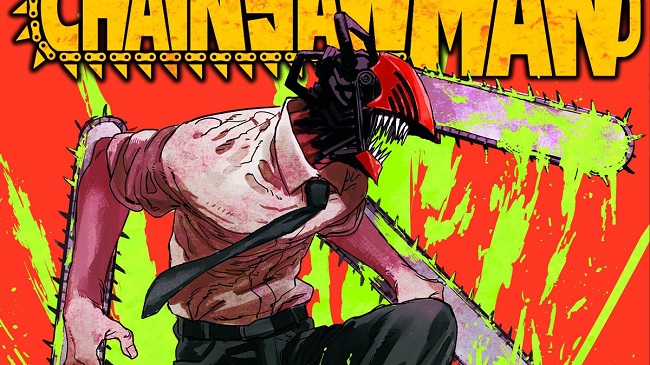 Chainsaw Man is an action, adventure manga series hugely popular on shounen jump. The series is written and illustrated by Tatsuki Fujimoto. It was published in Shonen Jump from December 2018 to December 2020.

A second part has been announced and will be published in the same magazine. An anime adaptation from studio MAPPA has also been announced.

Denji is a simple man, he wants to live a simple life, he wants a happy and peaceful life and he wants to live with his girlfriend. However, he is forced by the yakuza to kill demons to pay off the crushing debt he inherited from his father. He would do anything to earn even a meagre amount of money.

However, he is way past his prime and useless to the yakuza so they kill him but fortunately, his devil pet Pochita merges with his corpse and he is granted the power of the chainsaw devil.

His power is that he can change any part of his body into a chainsaw, he uses this new ability to deal with the people who did him wrong. He becomes the Public Safety Devil Hunter after meeting Makimo.

Guts is a former mercenary, also nicknamed as “Black Swordsman” wants revenge. He had a very turbulent childhood and after he finally found someone he could trust, it is ruined after this person breaks his trust and uses everything that was important to him for his own benefit. He is condemned to a life where he is constantly pursued by demons and this makes his life seem as if his fate is sealed.

Kaneki Ken is a normal teenager until he goes on a date with Rize Kamishiro, a ghoul disguised as a normal girl. He is attacked after the date and wakes up as a half-ghoul the next day in the hospital.

This makes him the target of different organizations prominently the CCG, Counter Ghoul Commission. Follow Kaneki into the complex and gruesome underworld of ghouls and their king- The one-eyed king.

This follows the story of Yuji Itadori who joins a secret organization aiming to teach young people on how to kill demons. These people are called Jujutsu Sorcerers, they have come together to fight off a powerful curse called Ryomen Sukuna of which, Yuji becomes the host in a school fight.

The world is ravaged by ice and snow and is on the brink of collapse because of the Ice witch who has proven difficult to catch. The story follows Agni and Luna who are trying to make the best out of the bad situation. They are orphans who have regenerative powers however in an incident Agni loses his sister. He vows to avenge his sister.

It tells the story of Caiman, an amnesiac reptilian with a reptilian head, who works with his friend Nikaido to recover his memories and survive in a strange and violent world.