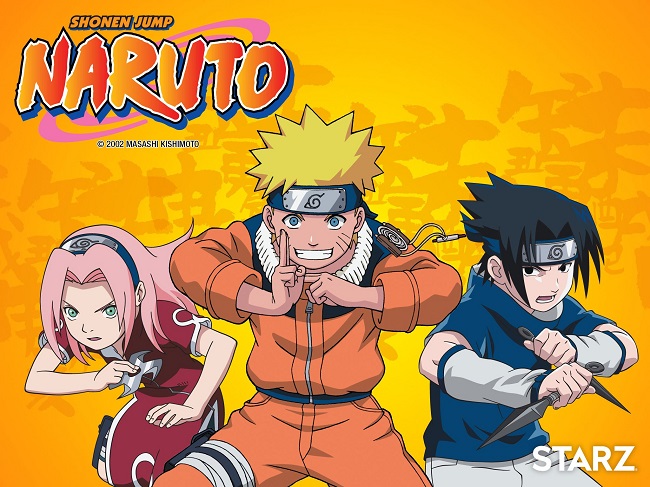 Many people connect with Naruto more than just as an anime. Naruto is a beloved anime that many of us grew up watching. Despite its popularity, its drawbacks can’t be ignored; many are either enamored or enraged by it. One of the longest-running anime series and one of the ‘Big 3’ of its generation is Naruto.

Several shows have come and gone, but none have had the impact and relevance of Naruto. Getting involved in Naruto is a lifelong commitment. From romantic moments to fights, drama to melodrama, humorous episodes to the most emotional, you will find it all in this show. FRIENDSHIP is the most important aspect of Naruto.

If you have been watching Naruto for so long, you must feel a void inside you, so I have compiled a list of anime that can help you fill that hole and have the same feeling you experienced while watching Naruto. The anime mentioned below might entice you more than Naruto, and others may not, but every one of them is worth checking out.

Naruto’s son is the subject of this anime/manga, after all, it follows Naruto as a Hokage, as well as the story of Naruto’s son. It isn’t a bad anime, some people hate it, and some people love it, either way, it’s your choice. It isn’t about OG Naruto characters, so you won’t see them much unless you want to see those characters watch Naruto again.

There are also scientific tools for people to help the Ninjas in the modern world, so it is a little bit different than Naruto. In addition, Boruto is a bit mature than Naruto, and the show is still in an early development stage. It will likely take numerous routes in the future. Hopefully, it won’t disappoint us.

Despite living in exile, Shichika Yasuri lives peacefully with his sister. Kyotouryuu sword fighting is his area of expertise, a very unique form of sword fighting. While he doesn’t like fights and politics, he agrees to embark on a journey with Togame after she asks him to assist her in gathering twelve special swords, called Deviant Blades.

The story takes place in an older era and has a focus on ninjas and samurais just like Naruto. Both anime feature the same jujutsu moves. Both the soundtrack and the animation are exquisite.

According to me, this anime needs no introduction. Deku and Naruto both want to be the best at what they do. Throughout both shows, friendships are explored between characters, even those who are not friends. While Deku doesn’t possess an inherent talent, it doesn’t prevent him from attaining his goals.

The two share similar morals. In My Hero Academia, you’re in for even better action and battle sequence than in Naruto, having even more dramatic fight scenes.

As the entire human race has become stone, Taiju, and Senku, their science-loving friend must search for a way to revive the humans so they can live again. In the same vein as Naruto, Taiju puts humanity first.

He has the same passion for what he wants to achieve as Naruto. The path he is on presents many obstacles, yet he is determined to overcome them.

In Dr. Stone, there is an assortment of characters who form dynamic bonds of friendship and love with one another.

In addition to Naruto and its many spin-offs or sequels, anime, and movies, it is another classic with a huge fanbase. The character is like Naruto- not so strong at first but grows stronger, eventually becoming the GOAT. In addition to that, the story has characters that build connections with you, who you hate and love.

This anime is worth your time and attention due to its various characters and their little intricacies. Battles, training montages, and rivalries are a big part of the show that gets you hyped up, making it that much more entertaining.

It is a very popular and long-running anime that has a similar feel to Naruto while also being so very different. The story is about Luffy, leader of the Straw Hat Pirates, whose dream is to find the ‘One Piece’ treasure and become the Pirate King. The journey he takes proves he is the best pirate ever, as he learns and is persistent on his journey.

As Naruto aspires to become the Hokage, Luffy wishes to become the King of Pirates. Although they face long journeys ahead, both are strong-minded. You will enjoy Luffy’s beautiful, adventurous journey if you are committed to watching approximately 1000 episodes.

There is no question that this anime belongs to the ‘Big 3’ of the current generation and very well deserves the title. There are demons and demon slayers in this anime, who are tasked with eliminating demons from the earth. The whole Tanjiro family is destroyed one night, and Tanjiro’s younger sister is turned into a demon.

Although the demon is friendly, Tanjiro sets out on a journey to rescue her sister and turn her back to a human. In the same way as Naruto, Tanjiro isn’t all that powerful. From the very beginning, you will be bonded to the characters and will root for Tanjiro. I highly recommend it.

It is also touted as one of ‘The Big 3’ of this generation. Yuji Itadori is a relatively good sportsman who spends most of his time in club activities or visiting his ailing grandfather in hospital in the film Jujutsu Kaisen. Although it is very different, it has a Naruto feel. You will definitely be reminded of Kakashi when you see Gojo.

The same powerful spirit that resides inside Naruto also resides inside Yuji, even more threatening than Kurama. Featuring some action-packed scenes with great animation, this show is a pure thrill to watch.

In addition to Naruto’s ninjas and Hunter x Hunter’s hunters, the two shows have an entirely similar hierarchy. Both anime series feature tournaments involving ninjas (in Naruto) and hunters (in Hunter X Hunter).

Throughout both anime, there is an emphasis on friendship and the value of having friends. Both anime feature characters who have to fight opponents way beyond their abilities.

Hunter X Hunter differs greatly from Naruto despite all of these similarities, and it is a fantastic anime to watch. Action sequences and epic fight scenes are sprinkled throughout the film.

Weebs, or anyone with a passing interest in anime, should at least be aware of this anime. The Elric brothers know pain like no other! Their behavior while little cost them dearly because they performed forbidden alchemy, for which they are still paying. In this show, the side characters are also essential, perhaps even more than in Naruto. It portrays the relationships between several characters in a unique and captivating way.

There is something for every character on screen and they all have a purpose. It’s beautifully animated and the graphics are sharp.