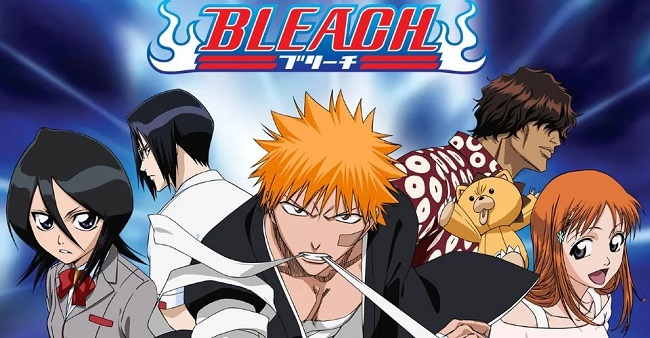 Bleach ranks among the top shonen anime of all time. Bleach anime is pretty appealing to fans because of the sword fights and different way of looking at life and death. The anime ended just as a whole final arc was about to be animated. The announcement of the return of Bleach anime got every bleach fan hyped.

However, for now, we will be putting up a list of 10 anime and manga series that are similar to Bleach so that you can watch/read these in the meantime. You won’t be disappointed as these are quite good and I am pretty sure that you will enjoy them.

High school student Kazuki Muto saves a mysterious girl from a monster one night only to awaken in his school dormitory believing the incident to be a dream. However, the dream is not really a dream after a giant serpentine monster attacks him and his sister.

Toward the end of his rescue, Tokiko Tsumura explains that it is a homunculus. In an effort to save him, Kazuki attacked him and killed him. However, he was revived by placing the Kakugane medallion on his chest, which served as a replacement for his heart.

Kakugane are alchemical devices that, once activated, take on the form of the Kakugane user, creating a unique Buso Renkin. A homunculus monster can only be destroyed by the Buso Renkin. Using this, Kazuki crafts his own Buso Renkin (the “Heart of Sunlight”, a huge spear).

Along with Tokiko and his own Buso Renkin (the “Valkyrie”, an execution sword), Kazuki makes his way to the fight against the homunculi and their master.

There is an awkward balance between humans and demons. When Satan tries to capture the homeland of humans, he breaks that balance. As a teenager, Rin Okumura is an average teen with only one secret: he’s actually the son of Satan.

Rin vows to destroy Satan no matter what happens after his foster father is killed by Satan. So, he enrolls in a training program for exorcists. Rin and his brother Yukio are committed to becoming exorcists strong enough to defeat Satan forever.

17-year-old Shinichi Izumi is partially affected by a Parasyte, an evil creature that consumes its victims. In order to survive his life as a Parasyte and his life as a human, as a monster and a person, he must learn to coexist with the creature.

In the fantasy world of the story, giant creatures known as Titans have eaten most of the humans. They are typically several stories high, lack intelligence, devour humans for pleasure rather than as food, and appear to do so for pleasure.

Only a very small percentage of humanity managed to survive in a city protected by walls that were taller than the tallest of the titans. It has been over 100 years since the city has seen a Titan.

Mikasa and Eren are witnesses to a horrible event when a giant titan appears from nowhere and destroys the city walls. When a group of smaller titans flood the city, the children witness their mother being ravaged to death. Eren swears that he will avenge humanity by killing every Titan.

This is an anime series in the superhero genre called “Boku no Hero Academia”. Humans have developed a number of special abilities over the course of their evolution. Those abilities make them superior to other species. These days, it is rare for a person to be without a quirk.

However, Midoriya Izuku is an unfortunate being with no quirks, and as a result he cannot become a superhero like his idol. Then he finds that his idol’s quirk might be something that could be passed on to him, after an encounter with him. To that end, Midoriya begins training with the aim of finally getting a whim and joining UA High, an academy for heroes.

A magic spell curses Lucy, a fugitive celestial mage. She is saved from being sold on the black market by the Dragon Slayer Natsu Dragneel, along with her partner Happy. As Lucy will soon learn when she joins the magical guild, Fairy Tail is renowned for causing massive property damage.

Throughout Fairy Tail, Lucy meets Gray and Erza, two magicians with cool personalities and special talents, while Gray is an ice wizard with a unique hobby. Erza, on the other hand, is a wizard who can change between armors and weapons on the fly with Requip magic. Bows of every sort unite Fairy Tail.

As he carries his reversed-bladed sword (as a promise not to kill anymore), Kenshin Himura, a key figure in defeating Japan’s Tokugawa Shogunate, holds on to his sword. Helping the innocent is his way of repenting for his sins. During his stay at Kamia Keshin dojo, he gets to know Kaorou, an assistant instructor of the dojo.

Yahiko Myojin, a stubborn young man, joins the dojo after being saved from the mob by Kenshin. In a duel against Kenshin, Sanosuke, a casualty of the war, becomes acquainted with him. Kenshin and his new friends carry out Kenshin’s ideal of helping the innocent together. His ideal of not killing men and living for the innocent is challenged by a series of events. As Kenshin defends justice in the face of each opponent, he uses the reverse sword.

Yato has no shrine and is a minor god. Using his cell phone number to build his shrine, he tells people he will help them if he gets 5 yen in return, becoming the “god of deliveries.” Hiyori, the daughter of a respected family, nearly dies in a car accident but is rescued by Yato.

As a result, he becomes a “hanyou”, a person who easily loses his soul. Yato chases after her and they begin working together. Yatsu’s journey also takes him to Yukine, who becomes a “sacred treasure” that a god can use. As the story of Yato’s hidden story is gradually revealed, the three of them fight against “you” who harm humans.

Yuuji Itadori is an average high school student spending his days visiting his bedridden grandfather. In spite of his appearance as an average teen, he possesses immense physical strength! Having found a sealed cursed object, the club manages to get their hands on it one day, but little do they know the terror they’re about to unleash —

The world is ruled by demons, and fragments of the legendary demon Ryoumen Sukuna are scattered across it. Demons that consume Sukuna’s body would gain tremendous power, which could destroy all that we know. Fortunately, there is a school of magic that specializes in protecting the living from undead threats.

A story of two orphans raised outside the Clover Kingdom, Black Clover is the tale of Asta and Yuno. The world of magic was one where Asta was born without any magic. Yuno, however, possesses magical powers exceeding average and the ability to control them.

The original Magic Emperor also received a four-leaf clover grimoire at his coming of age ceremony. Asta, on the other hand, received a tattered grimoire with an image of a five-leaf clover and the statue of a devil. As Asta and Yuno work their way up the Magic Knight Order of the Clover Kingdom, the story follows them.

Here are the top 10 anime/manga like Bleach. Comment below and let us know what you think. Does the list agree with your opinion? Which of these are the closest to Bleach? Feel free to comment.