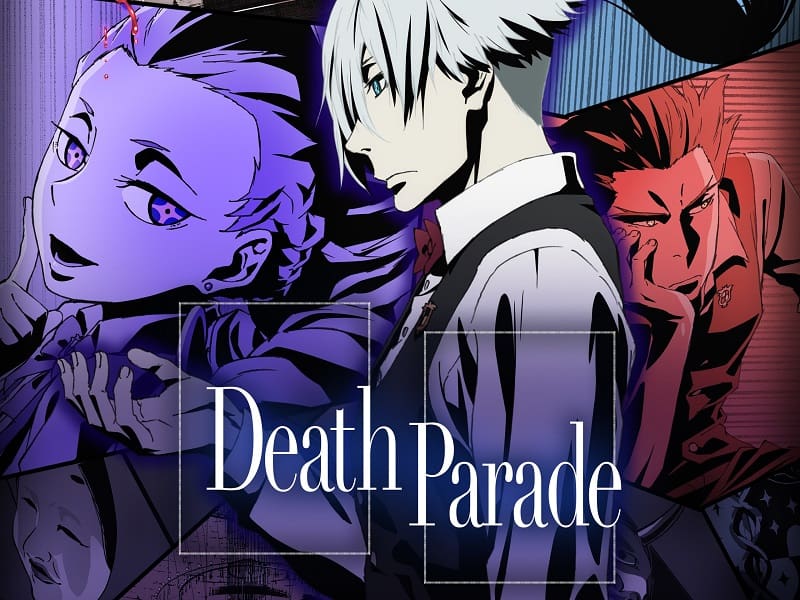 With a focus on the idea of death and extending it into a game-style format, it’s quite remarkable. But it is more than just playing a game.

We see the ins and outs of what the characters are like. Actually, it’s almost like playing with life and death itself. The way this series works is different from the normal game of survival. This is because the characters are dead already.

It is based on the 2013 Death Billiards animated short film. It was also created by Yuzuru Tachikawa. On January 10, 2015, it began broadcasting.

Decim, the lone bartender at the bar known as the Quindecim bar, leads this series.  He encounters a black-haired woman who has committed suicide.

The series revolves around Decim, Quindecim’s bartender and arbiter, and his black-haired woman assistant. Quindecim acts as a storage place for people’s souls that have died at the same time.

To test them and determine whether their souls will go to the void or be reborn, Decim intimidates the recently deceased individuals to play a “life-threatening game.”

At the same time, Decim receives his guests. They may have died at different locations or together.

The memories of his guests have been deleted and are coded during their Death Game to be sent back. How they act during their play determines how Decim is going to pass judgment on their souls.

Decim is the bartender (located on the 15th floor) of the Quindecim bar. He manages the Death Games among people that have died. His hobby is designing mannequins that resemble visitors who have left an impact on him.

Much like all arbiters who are referred to as dummies because they have never lived or died. He is expected to have no human feelings. Nona encourages him, as a risky experiment, to cultivate his interest in learning about human emotions.

Whenever anyone dies, they are sent inside a tower in the afterlife. They go to one of several mystical bars run by bartenders acting as arbiters.

With their lives on the line, they had to compete in the Death Games. The outcomes of the game reveal what secrets led them to their condition.

They are also told what their destiny will be afterwards. The arbiters judge whether their lives will be sent for rebirth or exiled into the void. So this is all about the story of Death Parade. You must watch it.