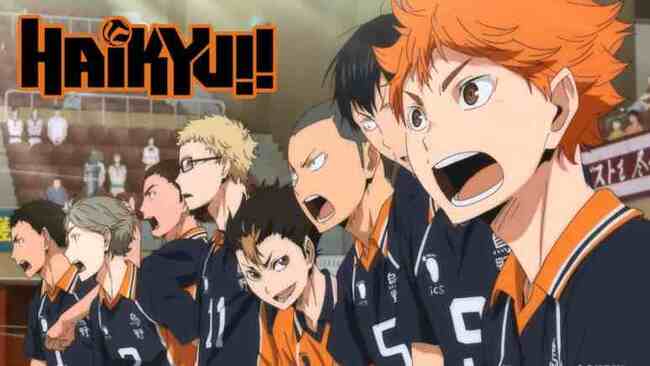 A plethora of matches makes Haikyū stand out in a way, unlike anything I’ve ever experienced. Here are 15 volleyball tournaments that hooked me so much that I binge-watched this stunning and chilling series!

Volleyball takes your breath away, from the tense matches to the bone-jarring practice games! Mostly thanks to Haikyū! Here we go!

In addition to being the core of Wakutani Minami’s grit, Takeru Nakashima (a 3rd year wing spiker) also dreams of becoming the next “Little Giant.” When Tobio and Shōyō used their “Quick Strike”, Wakutani used his defenses as a brandished weapon to make sure the opposition was not fazed! Being unsurprised by the wonder duo’s “Quick Set” is unprecedented. This battle proves to be a clash of team styles between a championship school (Wakutani Minami) and a former powerhouse school (Karasuno)! As the top four are on the line, Wakutani can only raise the heat even more on the second day of the Spring Quarter Finals in Miyagi Prefecture.

In this unforgettable practice match during the Tokyo Training Camp, Karasuno lost all three rounds of three-set matches.

Setter and brains of Nekoma’s 2nd year (Kenma Kozume) used a “Dedicated Shift” to manipulate Shōyō. Tobio, the “demon king” was furious when his club — Shōyō — was taken! The “cats” were able to show fangs and sharpened claws as Nekoma used her arsenal of attacks! Sō Inuoka, a conscientious first-year middle blocker, amplified these attacks with the “Stack Block”.

Nekoma’s member Sō has forged a perfect connection with the group so he is able to flow smoothly with Kenma’s observant mind, enabling Kenma to work at his maximum potential!

Coach Ukai said the players would enjoy barbecue if Karasuno beats Fukurōdani – the best team at the Tokyo Training Camp! Shōyō learned to suppress his opponents by showing “stillness” and “motion” at the same time (so that he appears to be going for an explosive spike). (Shōyō only really undermines his opponents with a dink!) Having pulled this feint, he forced Fukurōdani’s middle blockers and libero (diving below the net for the tipped ball) to look up to him physically and mentally! The moment when Kōtarō Bokuto completely transformed Shōyō Hinata into a disciple!

The real threat of Land vs. Sky between “Cats vs. Owls” was subtly manipulated by Kenma Kozume and Keiji Akaashi! The first turned off Kōtarō Bokuto, while the second “reset” his friend.

As a result of being the “son of a gun”, he truly is (according to Tetsuro Kuroo), Kōtarō returned as a machine gun; adhered to the “3 Wisdoms of an Ace”, and stole the spotlight once more!

Kenma also degraded Lev Haiba when he compared the behemoth to Shōyō.

Tetsurō encouraged Lev by saying he would soon click with the rest of the team after Fukurōdani took the 2 to 0 win.

This was a discriminatory “Snakes vs. Cats” match when the captain of Nohebi’s team kissed up to the referee, the linesmen, and the crowd in a prejudicial manner! Using unfair tactics, Nohebi de-claws the kitties’ high level of defense; their insults induce Nekoma to destroy himself.

As a result of a sprained ankle, Libero Morisuke Yaku was unable to play, so Lev had to connect Nekoma’s path to victory. Using metaphors, Lev developed into a powerful surge attack against the opponents, much like a “sleeping cub awoken into a lion” of Nekoma’s. As Yōki helped to tie the score, Nekoma won! Lev realized that Yōki was supporting him and they are all connected, which echoes the team’s sports motto, “Connect”. The fault lies with the player, not anyone else. The match ended with Nekoma taking a 2-to-0 win owing to Lev’s “awakening”!

Kanji Koganegawa, the “big-boned giant” or “super-sized” setter at Date Tech, built the “3-man Iron Wall” in the prefecture. Kanji is considered a “golden infant”. The libero can guide Kanji despite his clumsiness so he doesn’t make silly mistakes during play! Since Kanji is so tall, he could be Date Tech’s third iron wall! Takanobu Aone (the first iron wall) provides the “undisputed backbone”; meanwhile, Kenji Futakuchi (the second iron wall) is a high-quality blocker and wing spiker. However, Aoba Jōsai ace Hajime Iwaizumi smashed Date Tech’s “Iron Wall,” giving them a complete 2-0 win. In spite of the loss, Kanji promised he would improve so Date Tech’s “Iron Wall” wouldn’t be defamed. However, Takanobu cautioned him that blocking is not necessarily difficult for only big and strong players (implicating those players of a shorter stature such as Shōyō Hinata can also be challenging).

Tobio Kageyama’s rapid development is acknowledged by the “Great King” – Tōru Oikawa. As a result, he sees his kōhai as a reliable king, not as a tyrant. During middle school, Tōru used to belittle Tobio because he feared Tobio’s transformation. In the end, Tōru calmly defeated Karasuno High (while a jerk towards Tobio remained after the game) instead of losing his temper (like that one time in junior high). It is probable that Tōru is still afraid of Tobio since his monologue, “I am not going to lose to you today, Tobio.”, only encourages him to succeed in beating his kōhai. Tobio should hate the guy, but he doesn’t. It seems like Tobio is envious of Tōru’s abilities to make Aoba Jōsai’s players go the extra mile to succeed. Just a little bit or a lot, he admires his senpai. During the third round of the Inter-High Preliminaries of Miyagi Prefecture, Karasuno lost. However, the players decided to eat nutritious food despite crying at the suggestion of coach Keishin Ukai. Their adviser Ittetsu Takeda also advised them to keep their heads up. If they don’t, they’ll only weaken themselves and may not come out stronger at all.

I thought Aoba Jōsai (aka “Light Blue Castle”) fought well and in admirable fashion against Karasuno. Because every player gave his 120%, neither could move the other on the scoreboard! Among the most eye-catching players in this game is Seijō’s newest recruit, Kentarō Kyōtani (aka “Mad Dog”). As he scores points, he also loses some due to a temper tantrum and irresponsibility. The pinch server Tadashi Yamaguchi, meanwhile, scored points for Karasuno; he has finally proved to be a trustworthy player! The right hand of Tōru (Yūtarō Kindaichi) is not backing down! Despite Mad Dog’s interference, he still managed to spike the ball according to his instructions. Karasuno won with 2:1 set points against Seijō after an intense match. Finally, Tōru “bowed down” while recognizing Tobio as “the volleyball genius”. Despite his efforts, he also admitted to himself that, unlike his kōhai, he would not possess any natural talent. Tōru went through this major moment in his life because he acknowledged that he did not possess all of the qualities a talented volleyball player must possess. Hajime Iwaizumi described Tōru as his best setter and even gave him a fist bump at the end of the game (an anime-only scene in Haikyū!! Movie 3: Genius and Sense).

At the Spring Inter-High Nationals, Karasuno vs. Inarizaki ranked second. There are cheering squads for both teams, as well as the Miya Twins who won the hearts of the crowd!

Osamu Atsumu (Player #11) and Miya (Player #7) mimicked Shōyō and Tobios’ “Quick Strike”! Karasuno faces a formidable opponent in the Miya Brothers just because of that!

In addition, Miya is in control of the crowds during the game. Inarizaki’s cheer squad stops playing its music when Miya signals them to stop. Miya even calls some of his fangirls “swine” when they don’t follow his orders! Even when it’s Karasuno’s turn to serve, the Inarizaki cheering squad boos and jeers.

However, Inarizaki High did not let these despicable acts get in the way of its sports slogan: “We Don’t Need Memories.”

Inarizaki gets every point he serves with the help of Japan’s Top 3 Ace (wing spiker Ojiro Aran)!

Kita Shinsuke, a no-nonsense captain who is always on top of things, always motivates his team members with exactly the right words. You can even count on him to keep a check on the Miya Twins!

Having gathered strength, Miya, Osamu, Ojiro, and Kita are playing at “Orange Court” in the Nationals Game.

Though they might reflect on past failures, the team never dwells on them. The focus instead is on the game they are playing right now, rather than on the results (the future).

The anime’s best match is finally here. According to my honest opinion, it is the intense rivalry between Karasuno High and Shiratorizawa Academy!

The series exceeded fans’ expectations; it also had wonderful animation, an outstanding OST, and fantastic storytelling, which showcased the series’ great potential! Other than Tobio and Shōyō, there are four players (2 each from opposing teams) who made this match intense:

Ushiwaka is as strong as a lion and as brilliant as a majestic white eagle. As Shiratorizawa’s pillar, captain, and top scorer, he is responsible for more than half of the team’s points. In other words, he wants to destroy Karasuno High, not just beat its players. In spite of his deteriorating legs, he still let Kenjirō Shirabu use him mercilessly!

Because of his accurate guesses, Satori’s nickname is “Guess Blocking Monster.” Satori can tell whether the setter is feinting, tipping the ball, or tossing the ball to another spiker based on his accurate predictions! His own backstory explains why he’s such an oddball, despite his fun and enigmatic personality! Yet it’s this attitude that made him close to Ushiwaka; they are like best friends!

With Satori on his right-hand side, Ushiwaka is able to receive a fresh perspective on the game, which helps Shiratorizawa to win 2 of 5 sets!

A thumping left-handed spike by Ushiwaka was stopped by Kei, boosting the team’s morale! He not only gave the team a win but also refined his character in a very impressive manner!

Then finally he hooked on to volleyball and enjoyed it just as Tetsurō Kuroo and Kōtarō Bokuto had predicted. The hero returned to the game despite bleeding on his pinky finger. By expanding the libero’s field of vision, he timed the 3-man blocking team to block Ushiwaka’s spikes as well as amplifying Nishinoya’s “Total Defense”!

When Yū realized that his biggest opponent Ushiwaka was left-handed, it put him in a tough situation (i.e., the ball spun from a different angle when Ushiwaka slammed it).

Ushiwaka’s spikes are not easy to adjust to, so he asked Sawamura Daichi to give him three chances. And by Joe, He stayed true to his word, thus becoming the coolest libero to learn and adjust to left-handed spikes on the spot! With Ryūnosuke Tanaka supporting him, he helped Karasuno win three out of five sets this spring. When he concentrates intensely on his goals, he is a different beast!