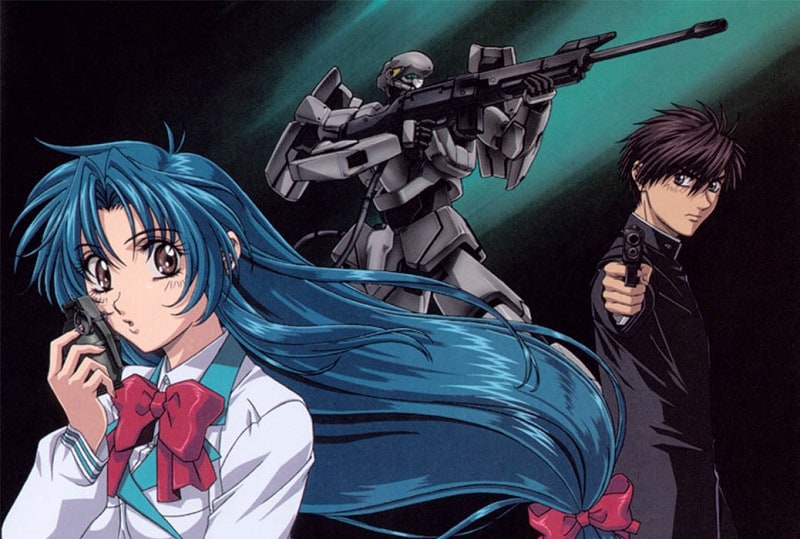 It had a total of 16 filler episodes recorded. Full Metal Panic has a moderate 33 percent filler rating. The story follows Sousuke Sagara. Sousuke Sagara is a seventeen-year-old soldier working for Mithril.

He is a member of a hidden private military anti-terrorist group called Mithril. Mithril is armed with cutting-edge weapons and trained soldiers.

The aim is to eliminate the world’s violence and all threats to peace on earth. The group is driven by “Whispered.”

People are insightfully intelligent. And they have an extraordinary ability to construct efficient machines and devices.

He was appointed to defend Whispered applicant Kaname Chidori. He is told to enter her high school class.

He was also told to be as close to her as possible. This is just to keep her from falling into enemy hands.

He could not expose his real identity. It was difficult for him to easily mix up with his schoolmates. This was planned in order to protect Kaname.

He was trained on a battleground. So, he has very little awareness of the lifestyles of an ordinary high schooler. He must adjust to typical school life.

Enemy forces have already started to make their Move. However, Sousuke is about to figure out something. It was an opponent coming for the Whispered girl that may be much friendly than he hopes.

To find out what happens next, watch all episodes.