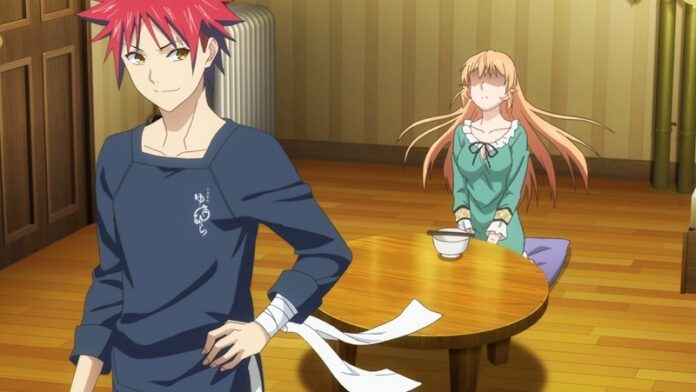 What Is Food Wars The Third Plate Filler List?

Food Wars! The Third Plate was aired on Tokyo MX for the first time in Japan. It also broadcasted on BS11, Animax, and AbemaTV with extra telecasts. The Moon Festival is the yearly gourmet gala at Tootsuki Academy.

The third season continues where students battle against each other while selling their food of choice to win the most benefit. But for Souma Yukihira, it is also his only chance to defend the Top Ten, the academy-ruling supreme council.

This, indeed, is just the start of Souma’s war against the Top Ten. A sinister plan is underway that would provide Souma with the task he wants. This plan will also disturb the very pillars of the Tootsuki Academy itself.

Students must now conform to the “real gourmet food” philosophy of Azami. They are prohibited to display imagination, or else face punishment.

Souma Yukihira and the Polar Star Dormitory leaders are refusing to acknowledge such changes. They are helped by other rebellious first-years.

Erina Nakiri, Souma, and his supporters joined forces to strike back against Azami regime supporters. The crooked teachers and the threatening Central Organization are standing in their path.

They have to work together, harder than before, to survive any devious conspiracy intended to expel them from school.