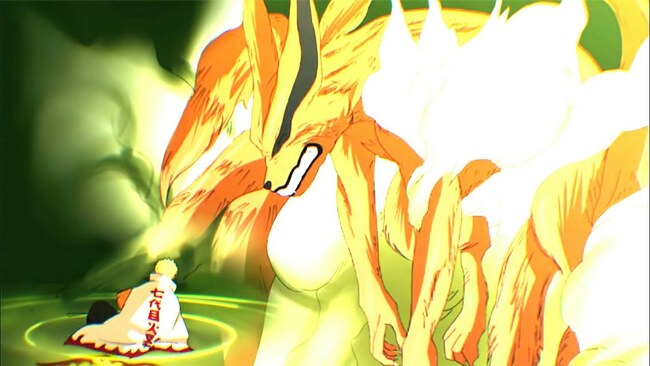 This particular chapter of the series mainly focuses on Kurama and what happens with him. Here with the most awaited answer to the question if the nine-tailed fox, Kurama dies in this chapter, yes!

The initial set up of the chapter focuses on Kurama trying to convince Naruto that his time has not come yet.

Naruto, himself did not know that his partner, Kurama would die.

Isshiki, on the other hand, remains alive till the end. In fact, the chapter reveals another level for the Isshiki code.

Now the question is how does Kurama’s death affect Naruto’s Power Level?

Definitely, the death of Kurama has a huge impact on Naruto’s power level and the Shinobi world as well. Hashirama Senju, The First Hokage, was strong enough to capture all nine-tailed beasts, alone and donated them to other villages.

He also managed to keep the power balance, and everyone agreed to his policies. But as he dies, things started to change. There was spread a feeling of distrust among the clans of the hidden village.

The chapter leaves one impression for sure, which is that surely Naruto is not the strongest shinobi anymore. Although, there still rises a ray of hope in the possibility of Naruto mastering his sage mode and the Yin Yang chakra being bestowed upon him by Hagoromo Ohtsutsuki.

The very slight possibility of the return of Kurama may also work in this case.

Here rises the question that is Kurama really dead? Or is there really a chance of the nine-tailed fox, Kurama, returning?

As Shenron is not helping out in getting the dragon balls, there is a chance of someone equally big doing that. Still, it does not mean that Kurama will surely return.

After defeating the colossal beast, Kurama and the other eight tailed beasts were created by Hagoromo Ohtsutsuki as he split the chakra of ten tails.

In Boruto, we have another ten-tails waiting around and sucking Earth’s chakra to become the god tree and bear the Chakra Fruit.

As we know that the masters of Sage Mode, Naruto and Sasuke already have the Yin Yang chakra, there is a chance of them chopping off the ten tails and divide it into some tailed beasts again.

Still, the beasts might have a different kind of personality as compared to Kyuubi.

Analyzing all these things, the obvious conclusion is that Kurama is not coming back to life or being revived from the ten chopped tails.

The plot has basically depicted that Boruto and Kawaki are the new protagonist duo and that Sasuke and Naruto had to be nerfed sometime, for this to happen.

This makes it pretty obvious that the return of Kurama is not likely to happen.