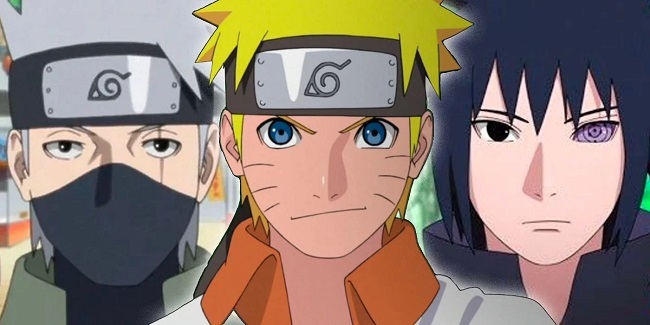 All that Team 7 brings in anime veterans is nostalgia. The team 7 were preteenagers when their story began. Naruto started as an underdog who had a dream that only he believed he could fulfill.

As the story progressed, not only did he make his long-desired dream come true at 17, he also became invincible to the people who believed in him. Boruto series reintroduces the heroes from Naruto but they are aged and secondary characters this time.

Naruto was a baby when the kyuubi was sealed inside him and he was 17 years old when he saved the entire world.

His feats of defeating powerful nemeses like Pain, Uchiha Madara and Kaguya Otsutsuki, who came from another world, made him along with Sasuke, the two legendary shinobi that every village and their citizens respected.

Naruto was 15 years old at the start of Naruto Shippuden and 17 when the 4th Shinobi War ended.

Is Naruto going to die?

As Naruto was the protagonist in the previous series, he overcame any adversity that came his way, but being a secondary character this time, despite his immense power, he is not invincible anymore.

Naruto is still alive but given Kawaki’s declaration at the beginning of the series saying that he will send Boruto where Naruto was sent, there is a chance he might not survive till the end of the series.

Kakashi had been a mentor and sort of a father figure to the original team 7. When the series started, Kakashi was a renowned genius and had nicknames such as ‘Kakashi of the Sharingan’ and ‘Kakashi the copy ninja’. All feared and knew his name.

At the age of 32, he became the Hokage and even though he is still a great shinobi, he is past his prime in Boruto.

Kakashi is 14 years older than the original team 7, which means he was 31 during the 4th shinobi war and around 36 years old when Boruto was born. Based on Boruto’s age(12) Kakashi is 48 years in 2021.

Is Kakashi going to die?

Kakashi is still alive in boruto but there is a high probability that he will be sacrificed in the story ahead. There is also a chance he may become the interim Hokage during unstable times.

He was a revengeful genin, filled with hatred during most of the Naruto and Shippuden series, but he matures slowly after his apparent revenge had been taken and redeems himself in the coming years starting from saving the world with Naruto at the age of 17.

Uchiha Sasuke is the same age as Naruto throughout the Naruto and Shippuden series and he also became the father of Sarada at the age of 21. Based on Sarada’s age (12), Sasuke is 32-33 years old in boruto anime in the year 2021.

Is Sasuke going to die?

Despite losing his sharingan, Sasuke is still alive. Boruto is seen wearing his mentor Sasuke’s headband and cloak, sword in the first scene of Boruto series.

Sasuke’s things appear to have been passed along to his mentee Boruto, implying that Sasuke may die or retire as the Boruto series proceeds.

About the Boruto Series

Boruto: Naruto Next Generations is a television series that follows the adventures of Naruto’s son Boruto, beginning with his days at the academy. Mikio Ikemoto has written and illustrated the series, which is overseen by Masashi Kishimoto.

In June 2016, it was serialized in the Weekly Shonen Jump.