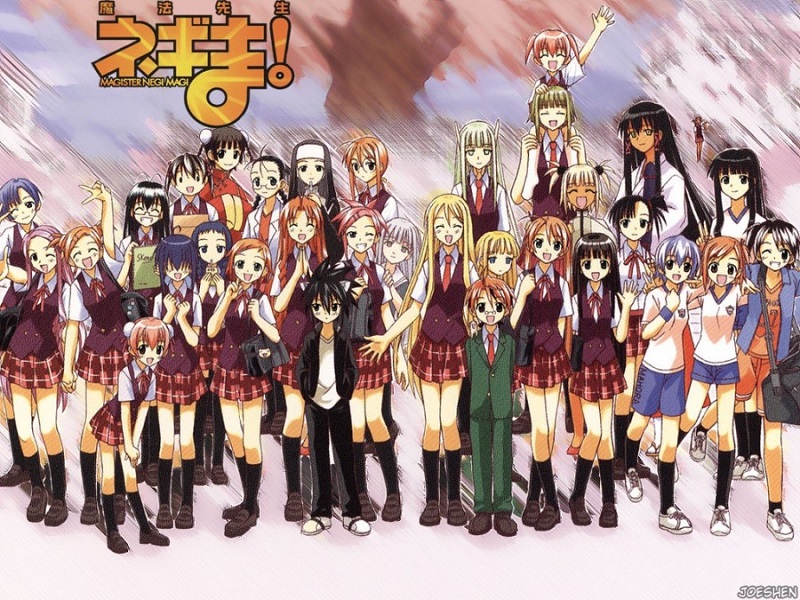 We are giving you the ultimate and updated Negima!? Filler List and Filler Guide that covers all Negima!? Episodes.

What Is Negima!? (Mahou Sensei Negima?!)

Negima is a Japanese television anime series created by Shaft. This series is a fresh retelling of the original Negima! Magister Negi Magi series. Negima is directed by Akiyuki Shinbo and premiered on 4 October 2006 and aired till 28 March 2007 in Japan.

The anime was sided with a monthly manga series created by Takuya Fujima called Negima!? neo. Both these stories feature similar characters and locations. This new version aired at a prime time on Tokyo Rv instead of late night times like the original series.

The story is about a dark and gloomy sinister take that fell upon a ten-year-old girl named Negi  Springfield and class 2-A.

It had been a year since Negi had arrived at Mahora when two representatives of the Magic World appeared in Mahora bringing along the news of a lost mysterious magical artifact called the Star Crystal.

Apparently, the Star Crystal has an immense power vested in it that even the Thousand Master cannot control.

The disappearance of the Start Crystal is a big mystery and the reasons for it are also unknown but the effects of it vanishing have already begun to show.

These effects have started capturing around Negi and his students. The consequences of this doom can be very dangerous. Negi and his class have to start coping with the darkness as the power that has spread all around them can attack at any point of time, no warning.

Parallel to this plot, Negi focuses on his missing father and the cause of his missing, while the others do the best they can in this situation.

Throughout the series, the opening and ending theme songs haven’t been the same, it has been dynamic time and again. The song may be a bit same but the characters doing the singing part change frequently.

Even though this is a remake the characters that appear are similar from the original Mahou Sensei Negima. Under the Studio Shaft the characters have been redesigned and imagined with some new characteristics.

We get to see these redesigns in the first episode where all the girls in Negi’s class are introduced. Most of the characters have a more re-defined and younger look compared to the original one. They have more details and life in them while keeping the real essence and basic character traits alive.

Negi Springfield, Chamo, Takahata, Nekane Springfield, Anya, Konoka’s grandfather, and the class 3-A are the reappearing characters in the series.

Along with these characters, there is a narrator seen throughout the series to render some light commentary, for explaining the complex events, reviewing and previewing episodes and to sometimes even interact with the characters in the scene and react to their actions.