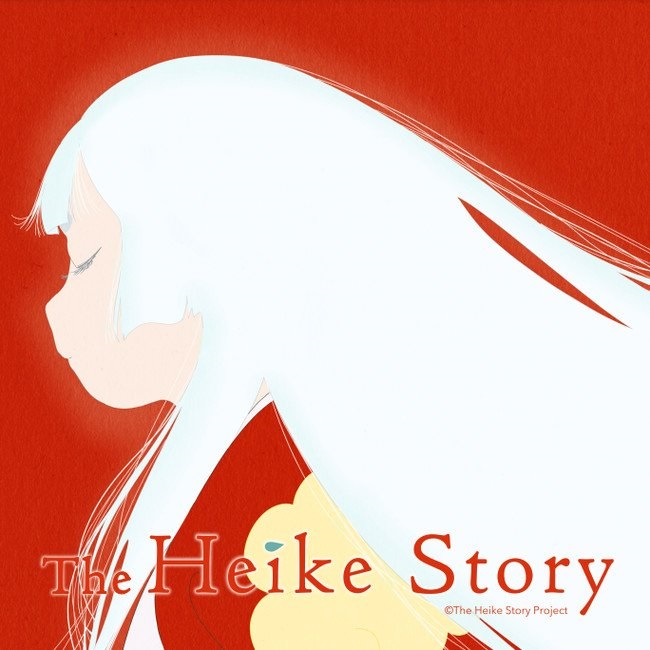 Adapted from the famous Japanese epic “The Tale of the Heike”, the Heike story is an upcoming anime from Hideo Furukawa’s translation.

This historical anime series is about Japan’s 12th-century Genpei War, in which clans competed for survival in a survival race. You can use the “Iliad” and “Odyssey” for context because these two historical works were also passed down orally by bards.

Other historical anime like “Grave of the fireflies” and “In this corner of the world” also depicts the inhumane conditions of war but unlike them, this upcoming anime dates back 800 years or more.

The anime is scheduled to release on September 15, 2021, and will stream exclusively on Funimation. Funimation will stream the whole first season before the scheduled broadcast date throughout Japan which is set to be January 2022.

The team has only provided 4 still pictures of the anime from the trailer and hasn’t released any key visual yet. One of the stills features the protagonist, Biwa who is seen to have two different shades in each eye, one being blue and the other being brown. This indicated that she might have an eye issue or blindness.

Another still image shows the heir of the Taira clan, Shigemori. In the image, he is surrounded by fireflies at night. In the third image, Tokuto from the Taira clan is seen sitting down to talk to Biwa in this still, and the leaves in the photo are orange which means it is the autumn season. In the last and the final image, four children are seen sitting in a disciple manner and from the snow in the background, it is inferred that it is winter season.

The trailer of the anime begins calmly and peacefully, with flowers falling on the river and a woman singing a folk song before the sound of shamisen strikes and the events of the story begin.

The trailer shows the passing of time and the different people Biwa, the protagonist of the show meet. She comes across the head of the Taira clan and she tells him that his clan is coming to doom. In the end, there are several voices asking for forgiveness from Biwa.

The Heike story is an enormously extensive tale of the Genji and Heike clans’ war to take over Japan from the perspectives of monks, musicians, warriors, and even horses in the 12th century.

This story has been passed down orally by monks and travelling musicians, therefore the origin is unknown. The story is layered with Buddhist motifs.

This anime is adapted from Hideo Furukawa’s modern version of the story which features the rise and fall of the Tairo Clan during the Genpai War (1180-1185). This version revolves around Biwa’s perspective of the events.

The anime is very promising with its artistic vision and the staff which includes the Director, Naoko Yamada who also worked on The Silent Voice. The cast is also very promising as Biwa is played by Aoi Yuuki who also voices Tsuyu in Boku no Hero Academia and the voice actor of Sasori from Naruto Shippuden, Takahiro Sakurai.

Other cast includes the voice actor of Eren Yeager, Yuki Kaji and Natsuki Hanae who plays Tanjiro Kamado in Kimetsu no Yaiba. This is also a step up for Science SARU, with this release being one of the most sophisticated and historical releases of this year.