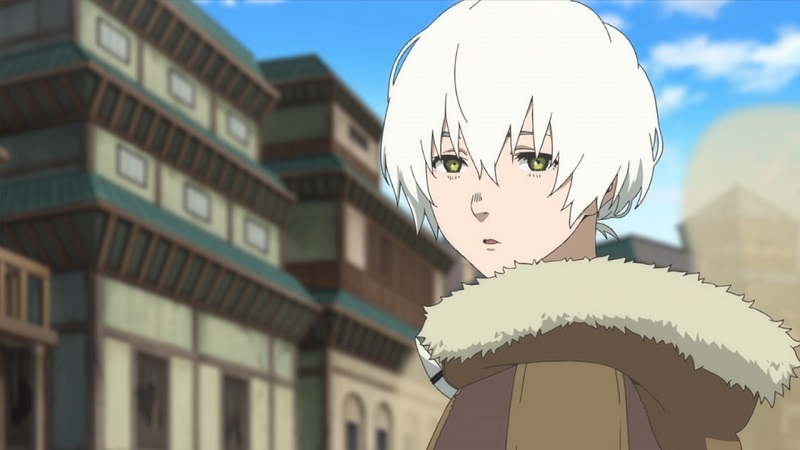 Yoshitoki Oima is the writer and illustrator of the series To Your Eternity. She is renowned for the manga series “A Silent Voice”. For this one Oima gathered inspiration from her grandmother’s death. She wanted to show the survival and immortality of the protagonist Fushi. At first, he is this emotionless and detached human who gradually grows as a humble person through human interaction.

This series has been animated by Brain’s base studio, whom we also know from anime series like Amnesia, Oregairu, Kiss Him, Not Me, and many more famous ones. Initially, the series was to be released in October 2020 but due to the whole pandemic situation, the release was postponed to April 2021.

The manga follows a mystifying immortal being named “the Orb”. He was sent to Earth with absolutely no feelings and no sense of identity. Orb has the ability to take form and shape from anything that leaves an impression or basically, dies around it. Beginning as a white Orb, it first transforms into a rock, then a dying arctic wolf who is then adopted by a boy who thinks it to be his dead pet, Joan. moving forwards the boy dies due to a serious wound and the wolf transforms into the boy.

As per the boy’s wish, he starts traveling towards the south and meets a girl named March. March is being chased by a group of people called the Yanome. These people wish to sacrifice this girl to a worshiped polar bear and for this, they had even made a deal with March’s village. But March is on the run and meets the Orb, feeds him, and named him Fushi. There is a time when she is caught and Fushi saves her by defeating the bear. March, Fushi, and Parona (March’s friend) get arrested by the Yanome army led by a woman named Hayase.

These three people together plan an escape but unfortunately, March gets killed while escaping after which Parona and Fushi move their separate ways. Fushi then accompanies an old lady who escaped with them. Her name was Pirona and they both start traveling together. Once they reach Pirona’s land, where he encounters the entity that sent him to earth. The entity is named “The Beholder” and along with it are some mysterious creatures called the “Knockers”. These Knockers have the ability to withdraw his memories and forms from him. After this confrontation, the Beholder declare the purpose of Fushi’s existence- to “preserve the world”.

Fushi accepts this purpose and builds his own personality and individual self by talking to people and making friends.