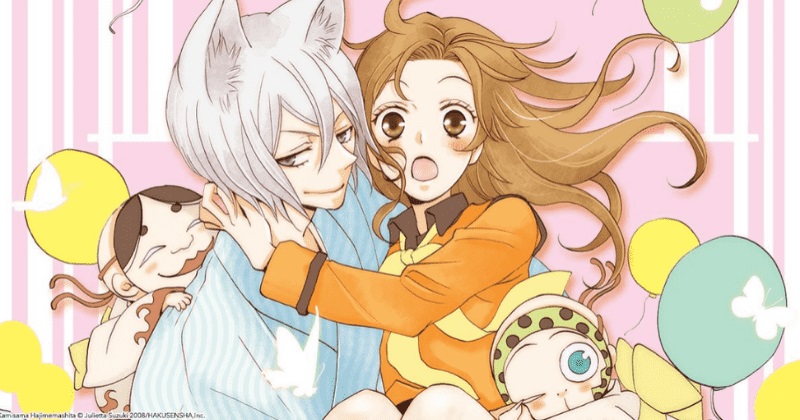 Kamisama Kiss or Kamisama Hajimemashita is a 2012 anime released in the fall and season 2 finished in 2016.

Though the story of the two lead characters Nanami and Tomoe has hit an end, still the fans are not over their chemistry yet. Hence, we thought that the release of season three is not a possible fact.

The plot of this series is hilarious, heartwarming, and sweet. It shows two different people Nanami and Tomoe falling for each other.

Following Nanami’s kick out from her house which happened because of her irresponsible father and his inability to pay back a large amount of money, she encounters a man who is being harassed by a dog.

Later that man offers her shelter as a gesture of gratitude and leads her to a shrine. Interestingly that man turns out to be an Earth deity and he has provisionally given Nanami his seal.

When Nanami reaches the shrine, she meets Tomoe who is a fox familiar. Furthermore, to fulfill her duties as a Goddess, Nanami has to take Tomoe as her accomplice and after this compulsion, they realize how interviewed their lives were.

Kamisama Kiss’ Season 3 is not yet been officially announced. Although, if in case this series gets renewed it will most probably be sound in the spring of 2022.

2. What To Expect From Season 3

The last season one of the series covered pretty much everything. We saw that after Nanami rescues Tomoe, they both get married and Tomoe transforms into a human so that he can spend the rest of his life with Nanami.

As there isn’t much left to the story, we aren’t sure what would be shown in Season 3. Although, Nanami and Tomoe are seen returning to the  Mikage Shrine. The difference this time is that they have a baby along with them, so Season 3 could be a glimpse of the married life of this duo. Also, there were many details left unfolded from the OVAs, probably Season 3 would shine some light on those details.

Kamisama Kiss is a romantic Japanese manga series that was written and illustrated by Julietta Suzuki. In 2012 this manga was adapted into an anime series.

The story of the series centers around an ordinary high school girl named Nanami Momozono. She isn’t living the perfect life because she is forced to leave her house as her father was unable to pay back a large amount of debt.

Having no place to crash, she walks down to the nearby park where she meets a strange man being harassed by a dog and as any good human helps him.

After she saves the man, they both start talking and Nanami briefs him about her whole situation. As a gesture of thanks, the man offers her a home and leads her towards a shrine.

Later, we know that the man was an Earth deity and has transferred his seal to Nanami.

The thought that she has nothing to lose, Nanami makes her way to the shrine and meets Tomoe who was an accomplice of the former Earth deity. Even though they both have a hard start they end up marrying each other by the end of the series.