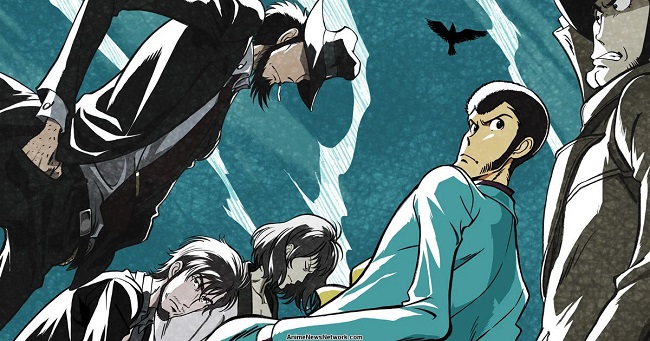 Lupin the Third is coming back with a bang as Part 6 of the series which captivated the audience with its goofy, action-adventure themes is going to be released this October.

We will be celebrating the character’s 50th anniversary with the upcoming season but unfortunately for Lupin, he will be doing the same being hunted by Sherlock Holmes, the renowned detective we all know and admire.

The series is going to be very exciting as it not only includes the legendary detective but also the gentleman thief.

The script supervisor of the series, Takahiro Okura gave the idea to bring Sherlock into the scene. Sherlock is probably the only one who can go toe to toe with the Lupin Family, which has been at the mercy of police organizations worldwide for more than 50 years.

Lupin the Third Part 6 is scheduled to release on October 10, 2021. It can be expected there will be 24-26 episodes in the coming season. The series will be streaming on Hulu in Japan once it’s released.

TMS Entertainment will produce the series, while Sentai Filmworks will license it for streaming in North America, Australia, New Zealand, Scandinavia, and the Nordic countries.

The key visual features the protagonists’ Lupin, Jigen, Goemon, Fujiko, and Inspector Zenigata standing in a field that opens the door to the theme of the series, Mystery. The color scheme of the illustration is a beautiful combination of fantastic black, white and turquoise.

Another visual show’s Lupin with his hand on his head with a catchphrase quoting “ Lupin, Villain or Hero?” The depiction uses a highly contrastive depiction of Lupin’s complex personality with tones like red, black and white.

The teaser of the show starts with a loud bell sound continuing with different video clips in a montage with serious music. The brief narration in the clip starts with “Is he a hero or a villain?” followed by the sound of a gunshot. At the end of the teaser, Lupin replies saying, “You’ve got to be kidding me.

To Lupin thievery is an art, and there is nothing he cannot steal. Whether it be works of art, hidden treasures, jewels,  the secret to immortality, or the heart of a pretty girl. In this season Lupin and his gang are thrown into the modern world of London as the story sets to unfold the theme of mystery.

Lupin is supposed to steal the treasure hidden by Raven, a mysterious organization that controls the British government from the shadows. His sights are set on the treasure and he has clues to find it right away but there is a huge roadblock in the form of murder.

The murder of Dr. Watson, Sherlock’s assistant puts Lupin on the list of the most prime suspects, hence Sherlock is set to hunt Lupin down this season. This upcoming part brings suspense and the bar is set high as there will be two of the greatest legendary characters in the series. Fans are excited to see how Lupin will prove his innocence and bring the real culprit out.