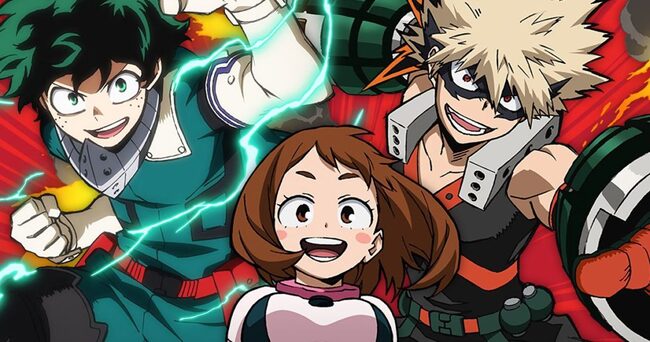 Momo Yaoyorozu is a beautiful, kindhearted and beautiful young hero. With her being so, it isn’t difficult to imagine many being romantically interested in her. In any school, there are bound to be some crushes, but because of the serious events in the show, it has taken a back burner.

In the 2019 ‘My Hero Academia character Databook’, it was revealed that there is a character who is ‘kind of into Yaoyorozu’.

Is there anyone that Momo Yaoyorozu likes?

There haven’t been any revelations till now about Momo Yaoyorozu being romantically interested in anyone, but despite that, due to many different reasons, she is shipped with Todoroki Shoto and Tenya Iida.

It was revealed in the character book that Yosetsu Awase from class 1-B is ‘kind of into’ Momo, but according to fans, there might be several suitors for her in class 1-A itself.

Tenya Iida is so serious that he makes Momo look lighthearted. He is the Class Representative for class 1-A, with Momo being the vice president.

The two of them have a close relationship because of their similar personalities and duties and they are seen interacting very often.

Their relationship still seems to be very platonic and the probability of them being romantically interested in each other is very low.

She is most shipped with Todoroki since the two of them were partnered up during the end of term test arc.

The two of them have many similarities as they were the two students in class 1-A who got into UA through recommendation, they come from very rich families which are also very strict, and they are the two prettiest people in the class.

When Momo lost confidence in herself, he was the one who helped her by sharing how he respects her deeply.

The two of them aren’t shown interacting very much in class but they have a deeper bond with each other, one of respect and admiration. It is most possible that they will end up together when the series ends.

There is not much chance of her ending up with Midoriya. She admires his abilities and personality, and she often looks up to him for leadership, but she only sees him as a good friend.

The only one of these boys who are interested in Momo romantically and is not from class 1-B is Yosetsu Awase.

They first meet in season 3, when class 1-a and class 1-b must fight against the Vanguard Action Squad during their forest training. During the fight, Momo gets injured due to a head injury and Yosetsu is seen trying to protect her.

The chance of her reciprocating his feelings is very slim for now as there isn’t much interaction between the two but if she was to talk to him more, she might like him too.

Momo is not romantically interested in anyone at this moment as she is focused on other things such as building her confidence and becoming a decent pro-hero.

She is also very busy with her responsibilities in school and doesn’t have time to spare for romantic relationships.

My hero academia is serialized in the Weekly Shonen Jump and the latest chapters can be read for free.

The manga is written and illustrated by Kōhei Horikoshi and is still ongoing.